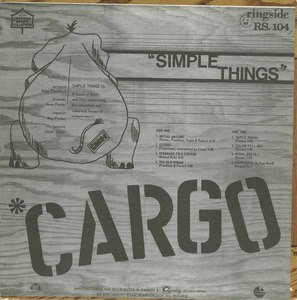 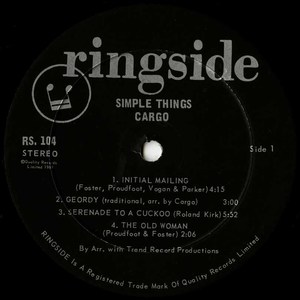 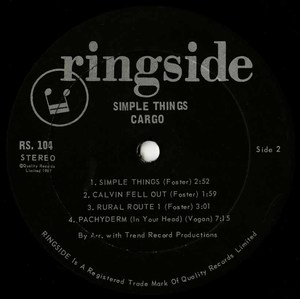 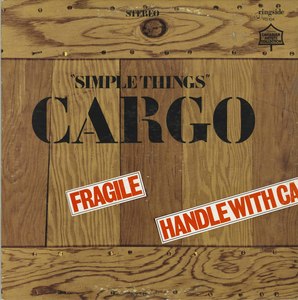 The second Cargo album is much more produced than the first, and it works in its flavor, emphasizing the inherent heaviness of their sound, strengthening the sound of the guitar and organ...A couple of the songs are quite good with "Geordy", a terrific moody slow-burner, the best. There's also a bizarre song about how happy they are for their friend who fell out a window to his death.
-Aaron Milenski, Acid Archives

Second album by the Toronto, Ontario outfit who recorded two albums and two singles in the 1969-71 period. The blues psych jazz rock record album is quite sought after, rated R4 by Vernon Joynson, R3 by Hans Pokora and has sold for as much as $500 for a near mint copy.

"Simple Things album was recorded off the floor, direct to 2 track, in the course of one evening. We started around 9pm and finished about 8am the next morning. I had never played or met the band 'till that night when Merv brought me in to play with them. He thought it would be nice to have keys on their record. All worked out pretty well after that. Hope this gives you some information to work with."
-Ray Parker