Canadian-born and UK-based bass player Antoine has been releasing original instrumental music for nearly 20 years. He actualises his musical vision with harmonic and melodic elements that are mostly composed on the classical and electric guitar, while special attention is always given to the rhythm.

Antoine’s music encompasses a broad spectrum of grooves and atmospheres. A conscious effort is always made to offer a multitude of tempos, time signatures, structures and harmonic variations in order to showcase the virtuosity of the players.

Antoine’s recording career began with his band Spaced Out, who released their first album in 2000. By 2008 Spaced Out had recorded five studio albums, one live album and two DVDs, and had performed on international stages including Nearfest, USA in 2002 and Crescendo, France in 2006. 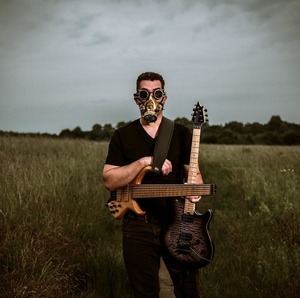