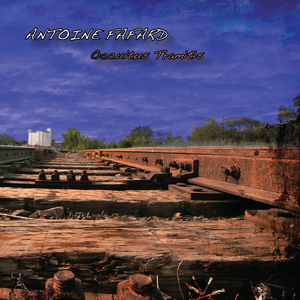 The music on Occultus Tramitis differs between the tracks, and the fusion of influences that characterises Antoine’s music means it doesn’t fall easily into a single style or genre. However, the album was composed as a complete work. Melodic aspects are beautifully realised by Jerry Goodman, who features on more than half of the tracks among odd time signatures, multiple modulations and rhythmical illusions. There are exceptional performances from all Antoine’s collaborators, including spectacular solos.