After winning numerous awards for playing, singing and writing the blues, Suzie Vinnick has finally put out a blues album under her own name. She has been into the blues since her teens, and has been a perennial nominee and six-time winner of the Canadian Maple Blues awards for her work with such blues players as Rick Fines. And while she has three previous critically-acclaimed folk-roots albums under her belt, including one that earned her a 2009 Juno nomination, this is her first solo outing as a blues artist.

Me ’n’ Mabel is an intimate collection of 14 tunes that Suzie has been performing in solo shows over the years, some she has written over the past few years that hadn't found the right home yet and a brand-spanking new song she co-wrote with Rita Chiarelli.

She travels many of the musical roads that acoustic blues takes her — the bar room shuffle of “Walkin’ by Myself,” the ragtime feel of “Oh My,” the funky “You’ll Be Mine,” Percy Mayfield’s plaintive classic “Please Send Me Someone to Love” and even her unique take on Hoyt Axton’s “Never been to Spain.” And then there’s her delicious “Save Me for Later,” likely the only song ever written (at least in English) that includes the phrase, “risotto con grana Padano” in the lyrics. She provides a taste of the sweeter end of the food chain on “Oreo Cookie Blues,” and is known for passing around big bowls of the cookies at her concerts.

Not surprisingly, the spotlight is on Suzie’s voice. Blessed with a huge range, she can go from a sweet whisper to a growl in a heartbeat. Her singing expresses all the emotions covered in the emotional blues lexicon. She can be sexy, humorous, struttin’ her stuff, sassy or heartbroken. With her impeccable sense of dynamics, Suzie’s voice commands attention.

Me ’n’ Mabel is all about Suzie and her little Larrivee parlour guitar. While some of the tracks include guest performances Suzie’s musical friends, including Chris Whiteley, Tony Diteodoro, Rick Fines and Roly Platt, this is a stripped-down, bare bones exploration of the blues. Sitting down with this disc is a lot like having Suzie playing for you in your living room.

And while Suzie’s voice has received rave reviews from the likes of Gordon Lightfoot to Stuart McLean, her guitar playing on this disc will surprise even some of her longtime fans. Her percussive playing has the feel that elevates a blues song from the mundane to the sublime, a sense of both melody and rhythm you can’t learn at school. And all those years of thumping bass help Suzie establish a strong groove without a rhythm section.

Suzie had been thinking of recording a solo acoustic blues album for years, and at the egging on of her partner-in-crime, James Dean, and friend and manager, Derek Andrews, she has finally done it. She recruited producer Danny Greenspoon, who also produced her 2002 release, 33 Stars.

Always one to give credit where credit is due, Suzie says she couldn’t have done it without the shapely spruce and maple Mabel, her constant companion for the past eight years. “She can be bold and honky, but she can also sing sweetly. It depends on what we’re playing,” Suzie says. She puts up with a lot, and has the nicks and scratches to show, but she’s well-balanced and never complains, which makes Mabel the perfect musical partner.

Suzie’s biography was written by Mike Sadava, a journalist and musician from Edmonton, Alberta, Canada. 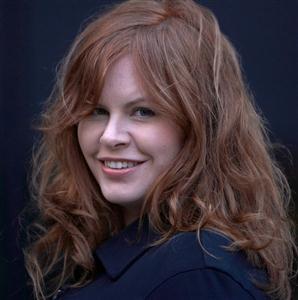