Upon his return from a 1997 trek throughout war ruined Bosnia-Herzegovina, Jon quit writing songs and performing, claiming, "I'm at least a 1000 books and emotions shy of earning the right to stand behind a microphone." 8 years later - at the suggestion of one of his Canadian literary heroes, Austin Clarke - Jon wiped the dust off his Taylor Jumbo 615.

Though Jon’s music is filled with grey and morally ambiguous characters living on the outskirts of approval, his mandate is unequivocal: “I’m not interested in ‘happy songs’ – I’ve chosen to write healing songs and, for that reason, I’m obliged to reveal a wound or two now and then. I’m even less interested in writing unhappy songs: I want to write hopeful songs, inspiring songs and I expect I owe today’s listener some hopeful argument – some legitimate reason - as to why we should believe our present world could be improved, or healed. The highest aim of song is to invoke empathy - to offer that rare sight of ourselves in others. In this sense, the folk singer is simply trying to politicize love, hence, my contention that today’s songwriter should be a lobbyist for compassion to be our principle representative in government office.”

In 2006 he released NO MEAN CITY , a portrait of Toronto homelessness vis a vis Toronto history and architecture. Inspired by Eric Arthur's book, 'No Mean City', these 13 songs are a weighty and conceptual exposition of the modern urban soul’s homelessness and moral fatigue. 2007 afforded Jon further acclaim with the release of OURS AND THE SHEPHERDS , a CD of Canadian war stories inspired by James Loney, Senator Romeo Dallaire, Sgt. Tommy Prince, and John McRae among others. The collection earned Brooks Songwriter of the Year nomination at the 2007 Canadian Folk Music Awards. Penguin Eggs deemed it “a thoroughly wonderful and truly important addition to the canon of Canadian folk music.” OURS AND THE SHEPHERDS is now among the collections of The Canadian War Museum and The John McRae Society.

Jon is also a published essayist with Guernica Editions’ BARRY CALLAGHAN: ESSAYS ON HIS WORKS (2007) with contributions by Margaret Atwood, William Kennedy, Joyce Carol Oates, and others.

His latest CD, MOTH NOR RUST , looks inward to all that neither moth nor rust can touch: love, hope, trust, memory, inspiration, justice, and faith. MOTH NOR RUST earned Jon his second Canadian Folk Music Award nomination for Songwriter of the Year and its lyrics were published by Canada’s esteemed literary quarterly, Exile Editions.

Whether about the times we live in, its past or its future promise, Brooks' songs are underscored throughout by his gently weather-beaten voice, the singular beautiful sound of hand on guitar, and his uncanny ability to press his ear against the heartbeat and the soul of the times we live in - transforming, inspiring and uplifting us as we bear witness.

"You speak and sing words that need to be spoken and sung and you do it beautifully, perfectly, and with absolute finesse." - Rod Kennedy , Founder and Producer of The Kerrville Folk Festival, Kerrville, TX

“Great songwriters, like the best artists in any discipline, defy convention and confound those who seek comparisons. Toronto's Jon Brooks stands among an exalted few in the enduring Canadian song tradition – Leonard Cohen, Joni Mitchell, Neil Young, Fred Eaglesmith, Bruce Cockburn – as a lyricist, composer and performer with a fierce commitment to his craft and his vision. He’s proud to call himself a folksinger at a time when that particular f-word has ceased to have much meaning to armies of wannabe artists seeking little more than ordinary fame and glory.” Greg Quill , The Toronto Star, January 3, 2010.

“He reminds me of Steve Earle, Bruce Cockburn and Ray Bonneville in his honest, gritty vocal delivery and his straight-shooting political songwriting which honours the tradition of folk music without the contrived earnest format of many folk songs.” – Harry Manx , as quoted in The Gulf Island Driftwood, December 2009

“Toronto singer/songwriter Jon Brooks is the latest in a long, honourable -and depleting - line of folksingers who write and perform to further the cause of social justice.” - Robert Reid , The Waterloo Record

Winner: 2008 The Mac Beattie Porcupine Award (for musicians who are proud to be identifiably Canadian).

Winner: Ontario Council of Folk Festivals 2007 'Songs From The Heart' 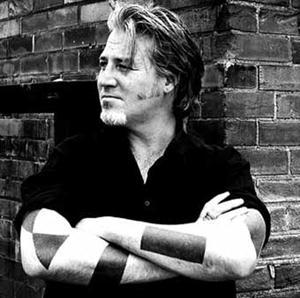