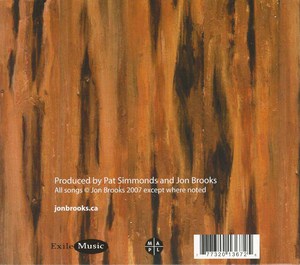 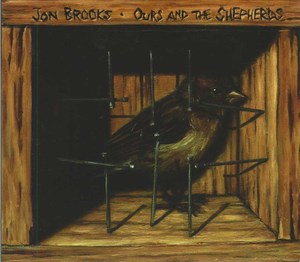 History has been ravaged by the destructive force of war, and those who left their footmarks on scattered battlefields are anonymous whispers of dust.

“Ours and the Shepherds,” named for a passage spoken by Dorothy Day (founder of the Catholic Worker Movement) is a peaceful collection of folk compositions with a heart that weeps for the pain and loss that war leaves in its tragic wake.

The album opens and closes with the two-part, “Jim Loney’s Prayer.” James Loney was an activist with the Christian Peacemaker Teams in Iraq who was kidnapped along with three others and became the subject of a widely known hostage crisis.

An anti-violence advocate, Loney did not have any ill will towards his captors, and refused to testify against them for fear that they may be executed in Iraq.

It’s a strange choice for Brooks to bookend his album by assuming the voice of a peace advocate like Loney, especially when the rest of the album so thrillingly enlightens the journey of so many soldiers.

But that’s the key behind “Ours and the Shepherds,” because it’s not so much about war itself, but what happens following the fight, when soldiers return home to a life of peace.

Just as Loney’s Saviour had suffered for him, and Loney desired to suffer with those in Iraq, Brooks suffers here with the aged soldiers. And as Brooks suffers for those men, real or imagined, he loves them with every ragged ounce of glory he can muster.

Brooks’ soldiers are sinners, lost, confused and swept aside. But he gives them salvation by giving them a voice, an invitation to eternal life. Living inside his songs, they expand into larger-than-life heroes, examples of bravery and a reminder that as peaceful citizens, we need to care for those who fought so we never have to.

With a voice raw and dressed in years of thankless servanthood, Brooks is the single compelling force in every song. Sparse arrangements let the smoke and dust fill the air of his songs.

For listeners, that dust will settle on their minds for hours and days following their encounter with Brooks and his tales of history, which serve as stories far more illuminating than any newspaper clipping or two minute news report on the eleven o’clock news.