Vincent Van Gogh "loved life so bad, his paintings had twice the color other paintings had". So sings Jonathan Richman (on Rockin' and Romance).

And that tells you something about musician Allison Crowe.

A modern lover of music, blogger Muruch frames it like this: "There's really no way to convey through mere words how much the music... moves me, or how I want other people to listen to and adore it as much as I do. Allison sings with such an intensity of emotion, it's easy to see why she's often quoted as saying 'Why music? Why breathing?'... that kind of artistic passion seems extremely rare these days."

"I love singing for people," says Allison Crowe. "It's a way to connect and share with others. Communication is crucial. Just being able to do what I do, to write and sing and perform, makes me feel not only alive, but incredibly lucky. Knowing at any moment everything could change, I don't take one second for granted."

Born 28 years ago, on an island, in the harbour city of Nanaimo, B.C., today Crowe's reach is global. The audience for her music videos and song downloads numbers more millions every year.

"Allison Crowe has a voice to fall in love with," says UK music industry journal Record of the Day. "She is from Vancouver Island in Canada, descended from Scottish, Irish and Manx stock. She's exactly the sort of artist who can make serious headway on her own label and that's just what she's doing."

When this phenomenon 'from the islands' reached the mainland she steered a path clear of what Joni Mitchell knowingly calls the record business' "style inventions". With Ani DiFranco as a model of integrity, and Creative Commons licensing changing the "game" for resourceful musicians, Crowe created her own label. Since 2003, Rubenesque Records Ltd has released a series of critically and commercially successful albums: Lisa's Song+ 6 Songs; Secrets; Tidings; Live at Wood Hall; This Little Bird; and Little Light. Crowe's newest (2010) album is Spiral.

"The first thing you notice about Allison Crowe is her voice. Rich and dark, it seems to come from a place most singers can only dream of accessing. Then there are the songs. Filled with raw passion and accompanied by Crowe's eloquent piano playing," writes Clodagh O'Connell (The Courier). Hers is a joyous sound: "Elton John meets Edith Piaf."

A sensation at the UK's John Lennon Northern Lights Festival, "Canadian angel Alison Crowe gave one of the weekend's most magical moments," says The Scotsman. Festival Director Mike Merritt describes Crowe as "awesome" and "spine-tingling", noting her performance "put hairs on the back of your neck! She brought the house down."

A true grassroots success, Crowe is praised not only as a singularly talented songwriter - on themes personal as well as worldly - and as a visceral performer, but, also, as a supreme interpreter of song. Her vital takes on such 21st century standards as Leonard Cohen's "Hallelujah", Joni Mitchell's "River" and The Beatles' "In My Life" are applauded as "truly transcendent" and her singular covers have achieved broad, even mainstream, popularity, featured by BBC Radio, MOJO magazine and by acclaimed Hollywood director Zack Snyder (300, The Watchmen). Allison Crowe's Tidings CD, a mix of traditional carols plus songs of joy, peace, and redemption from the secular songbook, is an emerging classic: "music for the season and all time".

"Her voice celebrates the music with a bluesy rock-gospel intensity; her controlled vibrato, silken rasp, and powerful projection rivet your attention. This is no casual background music. be prepared to be amazed," says Hamline University Professor Of Law - and CD reviewer - Carol Swanson. "Every song radiates sincerity, creative flair, and emotional intensity."

"It takes a lot of self-confidence to tackle Aretha (Franklin)'s version of 'I Never Loved a Man...' but Allison does and nails it just as good as the Queen of Soul herself. Her piano playing is equally exquisite," says Bob Muller, curator of song covers at JoniMitchell.com in a review of Crowe's newest album, This Little Bird. He sums up: "Treat yourself to one of the mightiest talents on the singer-songwriter scene today."

David Powell, Welsh-based DVD & Audio tech writes: "I'm listening to 'Effortless' on (Allison Crowe's) This Little Bird album with my Pro-Ject headphone amplifier turned up about a quarter more than on most modern records. It sounds fantastic because unlike most modern records it hasn't had the **** compressed out of it to raise the loudness."

"Ever wonder what it would have been like to listen to a gifted singer/songwriter from Saskatchewan in a small, intimate hall before she became Joni Mitchell? Don't fret the missed opportunity. There's no need to turn back the clock. Check out Allison Crowe," says Robert Reid in The Record.

"Allison has a special gift that is so very rare in musicians today. She is true to her mind, heart and spirit," says Ross Hocker, long-time public broadcaster with NPR affiliate WGTE. Hocker, whose musical taste embraces Thelonious Monk, Bela Bartok and Charles Gounod, calls Allison Crowe's live performance "the most honest, heartfelt, and directly intimate concert in my entire life."

"In an entertainment world that increasingly genuflects at the altar of instant fame, Crowe seems an anomaly, building her career slowly and carefully," notes Adrian Chamberlain, of Canada's Times Colonist newspaper. 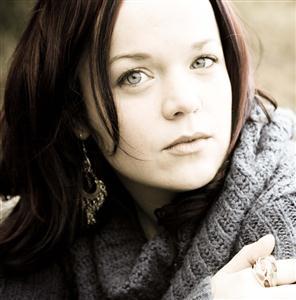