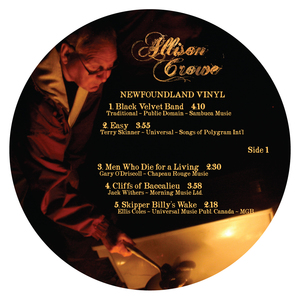 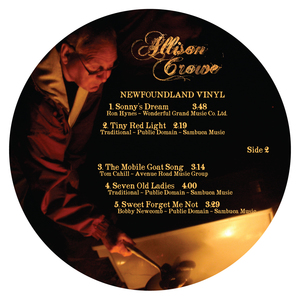 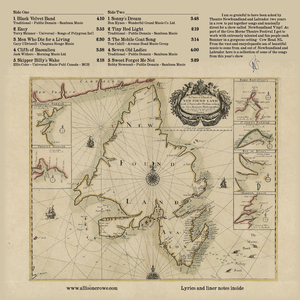 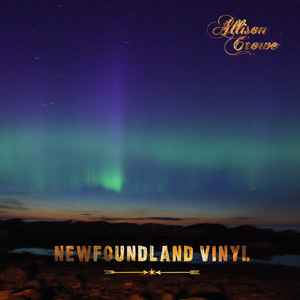 "What a voice, what a voice, what a voice!" remarks veteran music reviewer Muruch posting on the ‘No Depression’ blog. “It plays like a lovely, vintage collection of traditional Irish and Canadian folk ballads, lively sea chanteys and drinking songs, parlour songs and country tunes with surprising retro, girl-pop harmonies woven throughout. The album is full of dazzling melody and such a unique charm. And Allison’s voice is so strong and spectacular,” writes the West Virginia-based folk afficionado. “It has the timeless beauty of a classic folk album.”
“It seems simple, but it really is a classic treatment of the classic songs that are performed by Crowe. She has renewed with stylish vigor traditional songs that deserve new life and interpretations,” says East Coast Kitchen Party.

"I am so grateful to have been asked by Theatre Newfoundland and Labrador, two years in a row, to put together songs and musically direct for a show called 'Newfoundland Vinyl'. As part of the Gros Morne Theatre Festival, I get to work with extremely talented and fun people each Summer in a gorgeous setting - Cow Head, NL. From the vast and encyclopaedic sea of beautiful music to come from, and out of, Newfoundland and Labrador, here is a collection of some of the songs from this year's show," notes Allison Crowe.