Seventeen year old Susan Pesklevits met Terry Jacks in the middle 1960s when the band he was in made an appearance on Music Hop, a national teen TV show on which Susan appeared as a regular performer. She later called Jacks to accompany her on rhythm guitar for one of her live performances and eventually, with the addition of Craig McCaw on lead guitar, Susan decided to dedicate all her time to the trio. Craig McCaw later introduced Satwant Singh on tablas and they became the Poppy Family. The name was chosen when Susan, Terry and Craig were searching for a new name and came across it in the dictionary. Susan and Terry were married in 1967 and Susan Pesklevits became Susan Jacks.

With Susan Jacks on lead vocals/background vocals and percussion, Terry Jacks on rhythm guitar and occasional vocals, along with musicians Craig McCaw (guitar/sitar) and Satwant Singh (tablas/percussion), the group recorded their first album, from which came their first hit song "Which Way You Goin' Billy?" (No. 1 in Canada and No. 2 on the U.S. Billboard Hot 100 charts). Susan's brother Billy's name was used for the song and, years later, he would donate a kidney to save her life. The album also included "That's Where I Went Wrong" and their first two Canadian releases "Beyond The Clouds" and "What Can the Matter Be?". Their second and last album, Poppy Seeds, was recorded with strictly studio musicians after Terry Jacks released Craig and Satwant from the group. Unlike the first album, the second album contained only six original songs. Still using the Poppy Family name, later hits included "'Where Evil Grows", "Good Friends?", "I Was Wondering", "No Good To Cry" and "Tryin".

In 1972, the Poppy Family name was dropped and Susan resumed her solo career although Terry had been releasing singles under his own name since 1970. Susan left the marriage in 1973 after working with Terry to record their respective solo albums "Seasons In The Sun" and "I Thought Of You Again".

The World of the Poppy Family

Evil Overshadoes Joe b/w What Can The Matter Be

That's Where I Went Wrong b/w Shadows on My Wall

I'll See You There b/w No Good to Cry

I Was Wondering b/w Where Evil Grows

All The Tea In China b/w Ocean 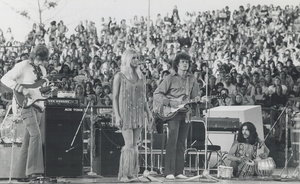 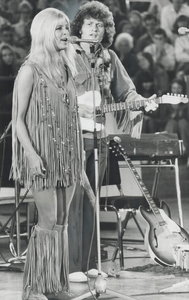 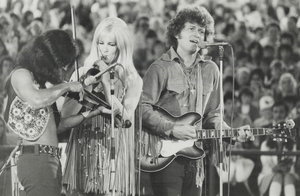 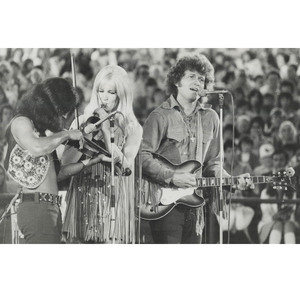