John Oswald (born May 30, 1953 in Kitchener, Ontario) is a Canadian composer, saxophonist, media artist and dancer. His best known project is Plunderphonics, the practice of making new music out of previously existing recordings (see sound collage and musical montage).

Oswald coined the term "plunderphonics" to describe his craft in a paper called "Plunderphonics, or Audio Piracy as a Compositional Prerogative" which he presented at the Wired Society Electro-Acoustic Conference in Toronto in 1985. Inspired by William S. Burroughs' cut-up technique, Oswald had been devising plunderphonic-style compositions since the late '60s. In an interview with Norman Igma following the release of the Plunderphonics EP in 1988, he described the concept as follows:

A plunderphone is a recognizable sonic quote, using the actual sound of something familiar which has already been recorded. Whistling a bar of "Density 21.5" is a traditional musical quote. Taking Madonna singing "Like a Virgin" and rerecording it backwards or slower is plunderphonics, as long as you can reasonably recognize the source. The plundering has to be blatant though. There's a lot of samplepocketing, parroting, plagiarism and tune thievery going on these days which is not what we're doing.

Plunderphonics is related to but distinct from sampling used in genres such as hip-hop.

His 1975 track "Power" married frenetic Led Zeppelin guitars to the impassioned exhortations of a Southern US evangelist years before hip hop discovered the potency of the same (and related) ingredients. Similarly, his 1990 track "Vane", which pitted two different versions of the song "You're So Vain" (the Carly Simon original and a cover by Faster Pussycat) against each other, was a blueprint for the contemporary pop subgenre, 'glitch pop' or 'mashup (music)'.

In 1980, Oswald founded the Mystery Tapes Laboratory, which created unnamed, unattributed works on cassette, described on the plunderphonics website as "little boxes of sonifericity specifically formulated for the curious listener. Available in your choice of aural flavors: subliminal, blasted, excerpted, repeatpeateatattttttedly, these cinemaphonically-concocted aggregates of très different but exquisitely manifest, unprecedentedly varied festerings of audio quality fine magnetic cassette tapes are the best of whatever you've been listening for". Oswald continues to be Director of Research at Mystery Tapes.

His greatest source of controversy was the 1988 release of the Plunderphonics EP, which he distributed to the press and to radio stations. It contained four plundered tracks: "Don't" by Elvis Presley which included piano accompaniment by Bob Wiseman, "Pocket" by Count Basie, a version of Dolly Parton singing "The Great Pretender" in which "she gets to sing a duet with himself(sic)", and "Spring", a version of Igor Stravinsky's The Rite of Spring. In 1989, Oswald released an expanded version of the Plunderphonics album containing twenty-five tracks, each using material from a different artist. In 1990, notice was given to Oswald by the Canadian Recording Industry Association on behalf of several of their clients (notably Michael Jackson, whose song "Bad" had been cut up, layered, and rearranged as "Dab") that all undistributed copies of Plunderphonics be destroyed under threat of legal action. An excerpt from a press release on the plunderphonics website is repeated below:

"I wasn't selling the disc in the stores, so I let listeners tape it off the radio for free," explains Oswald, who paid for the production and manufacture of the CD out of his own pocket. He receives no royalties or financial compensation for airplay. Brian Robertson, president of CRIA says, ``What this demonstrates is the vulnerability of the recording industry to new technology...All we see is just another example of theft." Oswald received notice from CRIA's lawyers demanding that he cease distributing Plunderphonic as of Xmas eve '89. "They insisted I quit playing Santa Claus," Oswald observes.

In 1993 Oswald released Plexure. Arguably his most ambitious composition to date, it attempted to microsample the history of CD music up to that point (1982–1992) in a 20 minute collage of bewildering complexity. The ambition of this piece would later be recalled by the British bootlegger Osymyso, whose "Intro-Inspection" emulates the pop-junkie feel of Plexure.

From 1993-1996, Oswald worked on and released Grayfolded, a 2-Disc set commissioned by the Grateful Dead consisting of pieces created from over 100 performances of the song "Dark Star". Oswald initially created and released disc 1, "Transitive Axis", which contains a 59 minute 59 second work in 9 movements. Feeling that there was more territory to explore, Oswald worked on disc 2, Mirror Ashes, which is a composition in "6*" movements. Once both discs were complete they were packaged together with extensive liner notes and a "visual time map" of the sources used in the compositions. Grayfolded was selected the #1 international recording of the decade by the Toronto Sun.

In addition to his extensive work in "plunderphonics", Oswald is also involved with acoustic music, as a composer and improviser. His compositions for orchestra often do include electronic elements, such as Concerto for Wired Conductor and Orchestra (?), but has also composed for acoustic ensembles, such as Acupuncture (1991). Oswald improvises with the saxophone. Oswald is also actively involved in dance, as a composer for dance works, as a collaborator with choreographers, and as an active Contact Improviser.

Oswald founded the record label fony, which produced the retrospective box set 69 plunderphonics 96 (a.k.a. Plunderphonics 69/96) and reissued Grayfolded. The label also rereleased Plexure and released Aparanthesi, a work which uses the single note A in an experiment with timbre, dynamics, and layering, on CD in 2003.

Since 2000 Oswald has as active in exhibiting his visual art as in continuing his musical activities.

In 2004, Oswald was one of six artists to win the annual Governor General’s Awards in Visual and Media Arts, as awarded by the Canada Council for the Arts, for lifetime achievement. 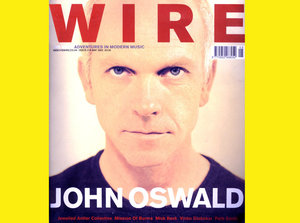 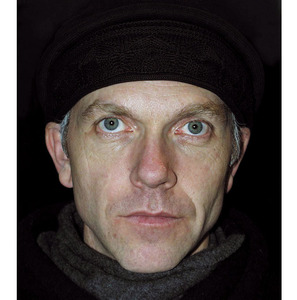