Rick Neufeld is a Canadian folk singer. Neufeld was born in Deloraine, Manitoba and raised near Boissevain. Neufeld attended Mennonite Collegiate Institute in Gretna before moving to Winnipeg to attend the University of Manitoba, where he met Paul Simon. Neufeld initially played coffeehouses throughout Canada and the United States before he got his own CBC Television show, The Songsingers. He released a number of albums, including Hiway Child in 1971, Prairie Dog in 1975 and Manitoba Songs in 1978. He was most successful as a songwriter, and his song "Moody Manitoba Morning" became a hit for The Bells. 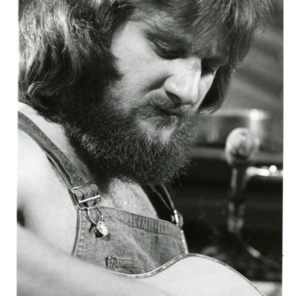