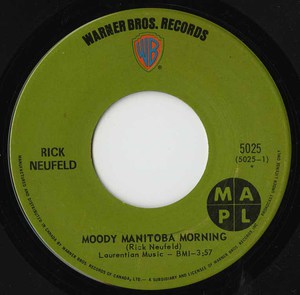 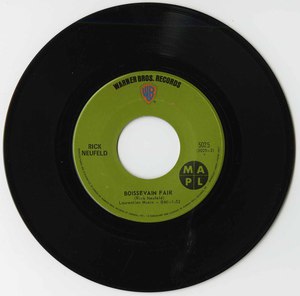 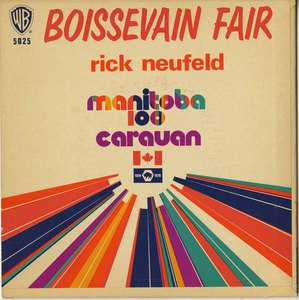 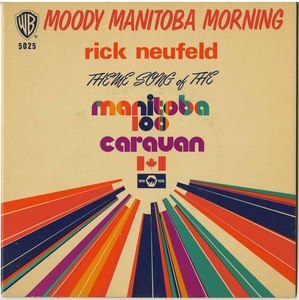 If you are of a certain age you will be very familiar with the song. It was taught in music class, sung at choir recitals and The Five Bells' cover version hit the charts in 1970. There have been other covers of it since, and in my humble opinion you've not really heard the song until you listen to the wonderful version by Alana Levandoski from a couple of years back (alternate link to audio.)

Moody Manitoba Morning became an unofficial anthem of Manitoba's 1970 centennial celebration and, who knows, might get a bit of airplay during Manitoba's sesquicentennial in 2020.

I caught up with songwriter Rick Neufeld to talk about Moody Manitoba Morning's origins !

Rick Neufeld was born in Deloraine, Manitoba and raised on farms around Boissevain. After completing grade 12 at Mennonite Collegiate Institute in Gretna he moved to Winnipeg and spent a year at the University of Manitoba.

Things did not go exactly to plan in the big city. Neufeld explains, "After a tough first year in the U of M architecture program they changed the degree format completely and I was having doubts about continuing, so when I met Paul Simon after a Simon and Garfunkel concert at UMSU* I decided to quit school during my second year and commit to being a singer songwriter."

(In this interview for the Harvest Sun Music Festival, Neufeld recalls how he met Paul Simon in Memorial Park and chatted with him !)

After a year of playing coffeehouses and working as a draftsman at Dominion Bridge, Neufeld went on an extended visit to Europe in late 1967. He says that while in Munich, "I noticed a note on the youth hostel bulletin board of a Canadian with a car looking for someone to help with expenses and driving." That someone turned out to be Richard Hahn, son of composer Bob Hahn who was making a name for himself on the Canadian music scene.

When Neufeld returned to Canada in 1968 it was to the Hahn household in Montreal where Neufeld met Bob. Neufeld recalls, "I was broke and stayed at his home in Montreal and played some of my songs for him which touched his Saskatchewan heart. (H)e gave me money to get me back to Winnipeg and told me to write, write, write." Hahn would become Neufeld's musical mentor and publisher.