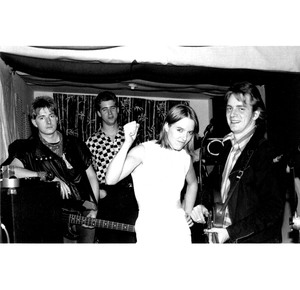 Formed in Ottawa in 1982, & disbanded in 1986. Released a 12" four song EP, called World of Tomorrow in 1984, and released a full 12" vinyl album, Break These Chains in '86, recorded at Grant Ave. Studio in Hamilton ON. Videos filmed for No One's Home, off of the first EP, and The Prisoner, from the Break These Chains album, both of which received some airplay on MuchMusic, and MusiquePlus..