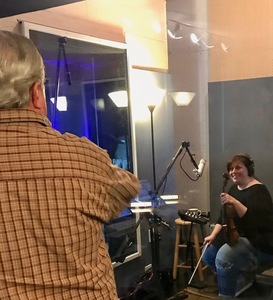 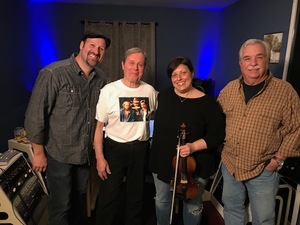 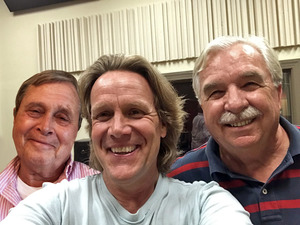 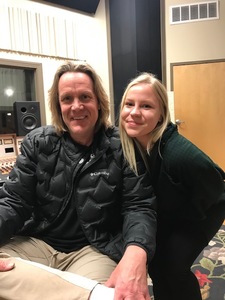 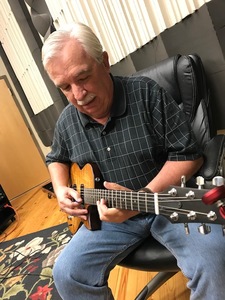 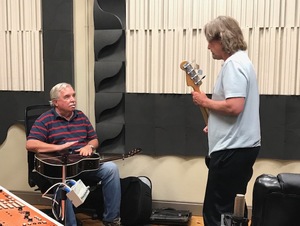 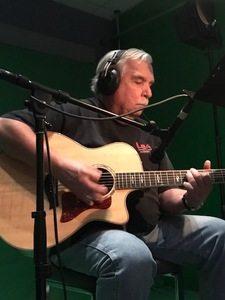 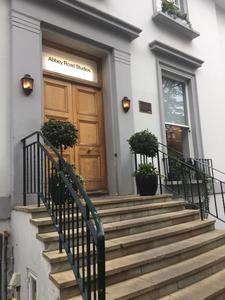 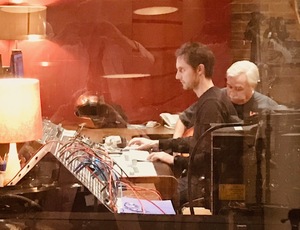 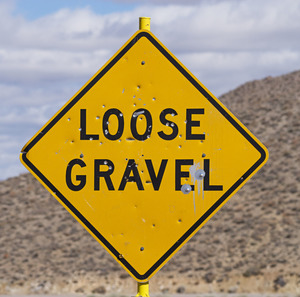 After being retired for a couple of years my friend Graeme Lennox, who played keyboards on the 1971 album, suggested a musical "bucket list". He has family in London, UK and said we should visit and while there go to Abbey Road to record something. How could you say no to recording at Abbey Road?

So we wrote "Shadow Moon".

I was in Florida over that winter and decided I didn't want to go into a place like Abbey Road unprepared so I found a local studio in Destin Florida where I planned to do a couple of rough tracks to see what the song actually sounded like when recorded. Because you never know until you record it for the 1st time.

That's where I met Donnie Sundal. So I started some rough tracks with Donnie in his studio (Neptone) and it sounded pretty good. Then he picked up his bass guitar and played this amazing bass line, and I was hooked.

He asked what other instruments I thought should be on the song and I told him it needed a fiddle, something like you'd hear on a James Taylor song. And he said he might be able to get James Taylor's fiddle player to play for us. !!!!!!!!!!!!

Her name is Andrea Zonn and she lives in Nashville so he transferred the files up there for her to work on.

When Graeme heard this he flew down and we drove up to Nashville to hear her record. Quite a day for us, as you will see on the slide/video.

Later that spring we flew over to London and Graeme did his keyboards in Abbey Road. And that was only the first of the connections I made through Donnie Sundal.

Had a ball doing this one. Donnie Sundal plays a Moog, a real throwback to the sounds of the 1970s, like the Moody Blues.

There really is a pub in St. Ives called "The Sloop", which they claim was around in the time of the "wreckers".

Steve Fishell (Nashville) has played for everybody who's anybody in Nashville, particularly Emmylou Harris. He’s considered the top pedal steel player in country music.

These guys are so far out of my league that I'm glad I didn't "give up my day job".

I was inspired to write this song by the story of the Bondurant Brothers written by Mark Bondurant in his book “The Wettest County in the World”, later made into the film “Lawless”.

Thanks to Mark Bondurant for giving me permission to use a photo of his book cover.

Got a bit wild playing this, like Forest, a bit raw but it has something. Crank this one up.

Graeme said I sounded like Bob Dylan in this song so I called it Zimmer's Lament. Dylan’s real name is Zimmerman. It’s my seniors’ version of a protest song but what’s being protested I will leave to the listener.

The picture with the MP4 is Bob Dylan’s self portrait.

Donnie Sundal: keyboards, bass, percussion, direction
Kaya Sundal: vocals
With a tip ‘o the hat to Mr. B. Zimmerman for his self-portrait

Many years ago Donnie was a founding member of the Supergroup "The Travelling Willnuts". Donnie, Graeme Lennox, and I wrote songs and recorded them at CVC Studios in Toronto with the invaluable help and guidance of Rob Angeloni and Ed Majkut.

One of Donnie's songs was never completed. He recorded a couple of rough tracks of "Love That Country Music" but didn't like them too much and wanted to re-write much of the song. He never did, but I always like parts of it, and also the idea of it, so last year I took the bits that I remembered and added some other bits and rewrote it for him.

Donnie was a big Glen Campbell fan and we always wished one of us could play "twangy" country guitar like Glen, but there was no chance of that. We used to say "c'mon Donnie, put some twang in that thang".

Anyway, I recorded LTCM at Neptone Studios in Destin, Florida, with Donnie Sundal. The lead guitar player is Ben Parsons, and when you hear the song I'm sure you will agree that "he got twang". Ben also plays the mandolin.

It's Donnie Sundal playing the piano, not Jerry Lee Lewis, although some days I wonder. He also plays bass, and percussion and sings harmonies.

So Donnie I, here's hoping that you approve of the re-write I did and that there's enough "twang in that thang".

CEDAR RIDGE (We are the Boys from Cedar Ridge)

My favorite of all these.
I wrote Cedar Ridge thinking about the lives of some young Confederate soldiers in the American Civil War.

They must have been idealistic, believing in their cause and proud to serve.

In the song it’s early in the war, they’ve had some successes, and they still have hope. We know of course that their future is bleak and that they will lose everything, but they don’t know that, not yet. History is written by the victors.

Hi Robert,
Here is the last remaining song for this group: