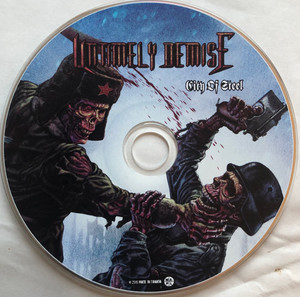 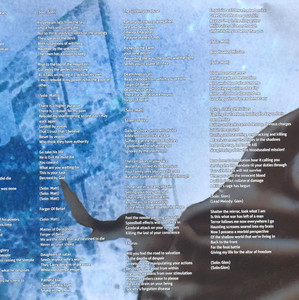 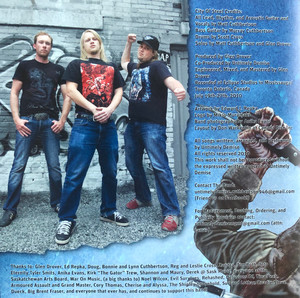 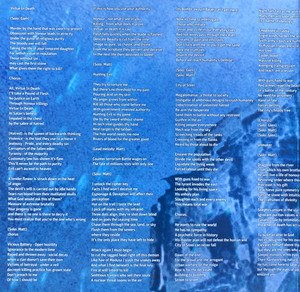 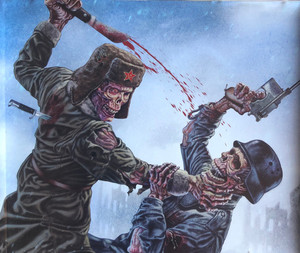 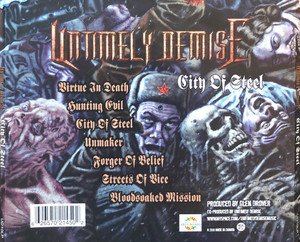 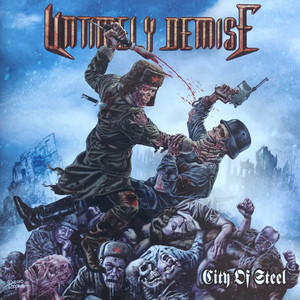 Saskatoon’s thrash warriors Untimely Demise originally released City of Steel on their own back earlier this year, however the Glen Drover (ex-Megadeth, Eidolon) produced album grabbed the attention of Hamilton’s Sonic Unyon who have just reissued the album on their new Sonic Unyon Metal imprint. One listen to this album (which track wise is identical to the self released version) will explain why this band was so sought after by the label. These youngsters know their old school thrash and also know how to lay it down without sounding like a revivalist or retro act. There is also a smattering of melodic death metal in their sound, which combined with Drover’s clean production helps to give the album a modern feel without detracting from the dirty thrash growl of Matt Cuthbertson. Rounded out by a solid rhythm section in Matt’s brother Murray on bass and Scott Cross on drums, it’s easy to hear Untimely Demise haven’t tried to make their music too difficult and intricate, which really works to their advantage.

While no one can deny that the solos on this record (primarily the trade off’s between Drover and Matt Cuthbertson on ‘Bloodsoaked Mission’) are definitely impressive and catchy, overall the band maintains a bare bones, balls out approach to their music. The sparse approach to Untimely Demise’s music is actually a welcome change in a time when many bands are not only cramming thirty instruments into a song, but also trying to fill an entire CD’s worth of time just because it’s there. City of Steel clocks in at a conservative 32:29 so you know that there is no filler on this record, only the best the band could deliver.

City of Steel is a terrific debut full length for Untimely Demise, and though there may be a few things they could tweak here and there to tighten up the songs, the album is still very memorable and catchy. There is absolutely nothing to dislike here, and anything that might be perceived as needing fixing, will definitely come out with a little more experience. This one has been on regular rotation in my house since it was sent in April, and I’m pretty sure that any thrash or tradition metal fans out there will feel the same. I look forward to hearing what these guys do next! City of Steel is definitely highly recommended.
-Jason Wellwood, hellbound.ca