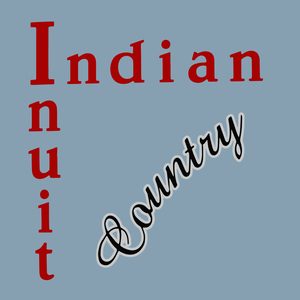 By the early 1990s, Aklavik’s Willie Thrasher had already been a road warrior for over 20 years. His Inuvialuit heartbeat songs and storytelling had taken him all over Turtle Island, from his northern roots to Ottawa, where the young singer-songwriter recorded his first 7” single, to touring the US with the White Roots of Peace, to Montreal, where Thrasher recorded his first long playing album, Spirit Child, for the CBC in 1981. That same year, Willie also participated in the two-day Sweet Grass Music Festival in Val-d’Or, Quebec alongside Willie Dunn, Willy Mitchell, Roger House, Cheryl Chief, and Morley Loon. Folk festivals, university campuses, pow wows, camp fires, house parties, and Indigenous gatherings in rural communities as well as urban Native friendship centers were all home to Thrasher’s music and beautiful laughter. By the early 1990s, Willie was moving across the Prairies in his Greyhound “tour bus” and settled in Winnipeg (Treaty 1), Manitoba, for a spell where he connected with Ness Michaels’ Sunshine Records, a landmark Indigenous and Ukrainian record label and studio in the city’s north end. A deal was struck for Willie to record an album’s worth of material and with the help of some musical friends including trailblazer Curtis Jonnie (the dearly departed Shingoose, RIP), Thrasher did just that. The sessions were also rumoured to be visited by none other than the late, great Willie Dunn who was traveling through the region at the time, but nine numbers later, Indian/Inuit Country, Willie Thrasher’s second full length project, was released on cassette by Sunshine Records in 1994. Thrasher would sell his supply of tapes off of the stage after gigs, while Sunshine shared the remaining copies through their independent distribution network, but without much media support or a video on MuchMusic for that matter, it quickly became a relic of the past. During the process of producing Native North America compilation, which included three of Thrasher’s Spirit Child songs. Willie is currently living in Nanaimo, BC and is writing some of the best songs of his life and accepting concert bookings near and far. Yes, it’s most certainly time for everyone to join in on the powerful chorus of Willie Thrasher’s song: “We Believe In Native Music.”.