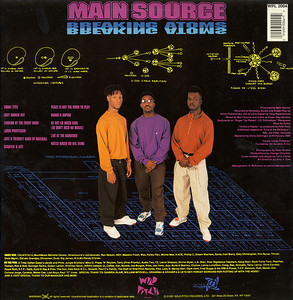 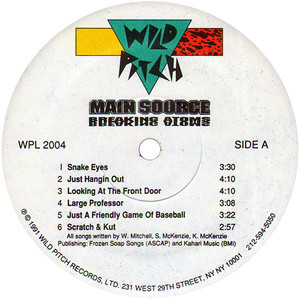 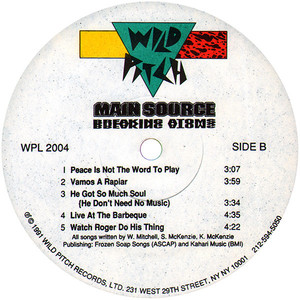 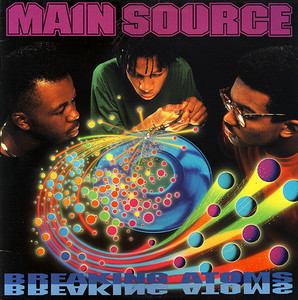 With "Breaking Atoms", the trio comprised of K-Cut, Sir Scratch and Large Professor delivered a timeless classic in Hip Hop history. The album features cameos by a young Nasty Nas, Joe Fatal and Akinyele as well as a co-production by Pete Rock. Setting standards with its crunchy digitized drums, choppy segmented samples, and murky filtered basslines, as Ben Detrick wrote in the Village Voice, the album received 4.5 mics in the Source that later on in 2002 were revised to 5 mics.

This, their first album, features conscious MC tracks such as "Looking at the Front Door", "A Friendly Game of Baseball" and "Watch Roger Do His Thing". The album also has the first on-record appearance of Nas on "Live at the Barbeque", which also featured Joe Fatal and Akinyele. The group broke up before their second album. However, Sir Scratch and K-Cut released a second album under the Main Source name, entitled Fuck What You Think, with new recruit Mikey D on vocals. The album was shelved due to inner conflicts between the record label and group management.

Large Professor has gone on to be an instrumental producer for hip-hop stars such as Eric B. & Rakim, Pete Rock & C.L. Smooth, Nas, and Diamond D. He has released a Solo LP entitled First Class.