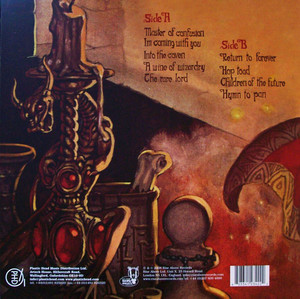 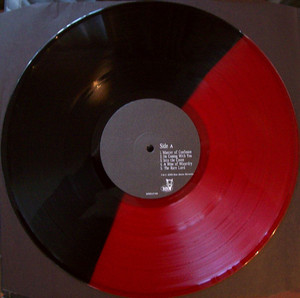 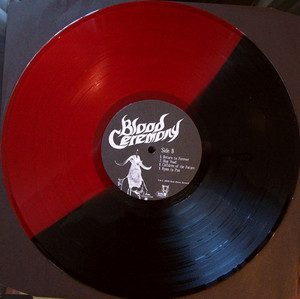 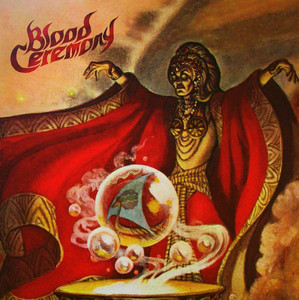 Looking back on the past decade, it seems that traditional, backwards-looking doom metal has gradually become more prevalent in the metal scene. Pagan Altar and Witchfinder General have both returned from obscurity to blow everyone's minds again, while relatively newer groups such as Reverend Bizarre, The Gates of Slumber, and Hour of 13 have carried on the gauntlet of slow riffs and occultist themes. Blood Ceremony, who formed in Toronto just a couple years ago, deviate slightly from the tried-and-true structures with heavy doses of Jethro Tullesque progressive rock and a lead female vocalist. Yes, that means there is plenty of flute.

My first thought when initially listening to Blood Ceremony was whether or not the vocals would in the vein of every clichéd goth metal band. You know the shtick: tons of operatics, lacy clothing, and enough white makeup to make an albino blush. Luckily, Alia O'Brien's earthy voice is usually gentle and soulful, complimenting the Sabbathian riffs and flute excursions. "Master of Confusion" appropriately begins the album with two minutes of horror film organ before launching into the metal-stuffs we have all come to expect. "Into the Coven" twists and turns, weaving nice 'n' evil guitar parts with equally awesome lyrics (Did I just hear "They smoke black drugs with Satan's bong"?). Although he isn't a clone by any means, you can definitely tell that guitarist Sean Kennedy has studied Tony Iommi when it comes to soloing.

The album starts to really cook in the second half, where Blood Ceremony seem to wear their "progressive" badge proudly; "Hop Toad" and "Children of the Future" both feature plenty of tempo and mood shifts. The former begins with thunderous drumming before launching into a Middle Eastern-tinged flute solo and back into the metallic fray. "Children of the Future" begins and ends as blues rock torch ballad, showcasing O'Brien's sultry vocal delivery that wouldn't be out of place 40 years ago. Closing off Blood Ceremony is the group's most eerie and well-constructed song, "Hymn to Pan". Much of the song sounds distant, as if it were being played from Marshall stacks in the depths of a marsh. They get all epic on our asses in the last several minutes, busting out cymbal crescendos, roaring guitar solos, and plenty of organ. Once the album returns to silence, it becomes obvious how well Blood Ceremony's mixture of influences actually works. There are no gimmicks here, and unlike doomtards such as The Sword, they actually know how to use past influences as points of reference for building something new.
-https://www.sputnikmusic.com/review/27462/Blood-Ceremony-Blood-Ceremony/