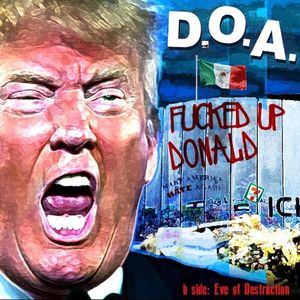 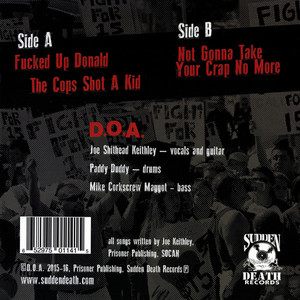 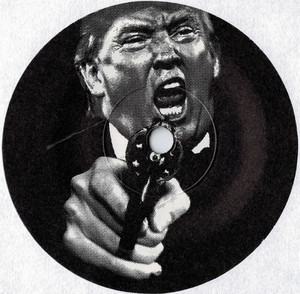 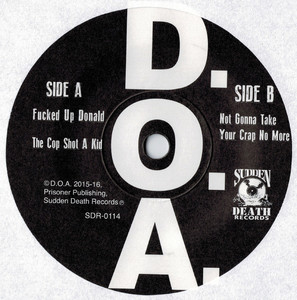 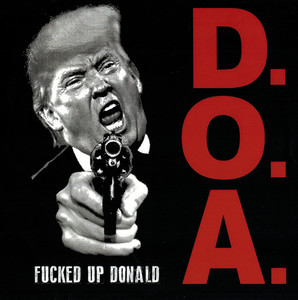 Can it get worse before it gets better? Good question? D.O.A., Canada’s punk pioneers think it can get worse. So that’s why they have re-visited one of their classic tunes.

The end result is a blazing 85 second punk rock commentary on Donald Trump, not so surprisingly entitled Fucked Up Donald. D.O.A., one of the top protest bands of all time take the Donald to task for anti-Mexican, anti-women, stances amongst his many other egregious ill-informed opinions. The end result will make the hairs on the back of your neck stand up.

Joe Shithead Keithley, Paddy Duddy and Mike Hodsall, the Men of Action, obviously were ready, as they slammed this frantic piece of “Let’s fight this bullshit!” down in 15 minutes flat with producer Cecil English (No Means No, D.O.A., Jello Biafra, The Smalls)

The B side. B side? Funny in a download sense, but just as necessary in a moral sense, is D.O.A.’s version of Barry McGuire’s immortal Eve of Destruction. It’s hard hitting and of course very timely as well.