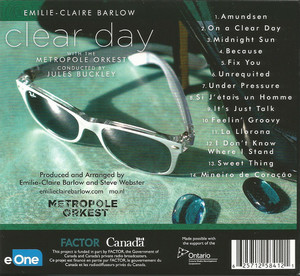 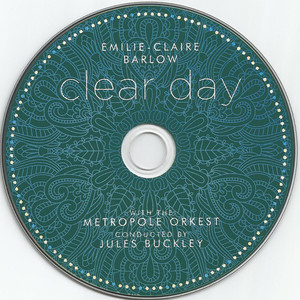 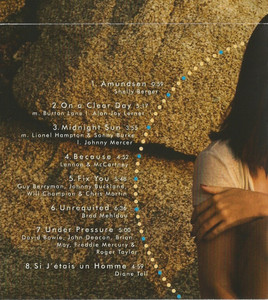 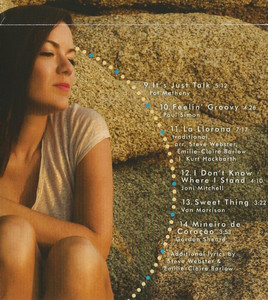 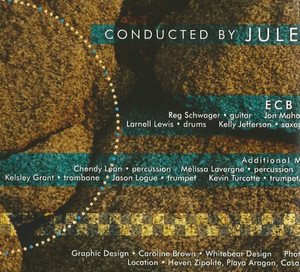 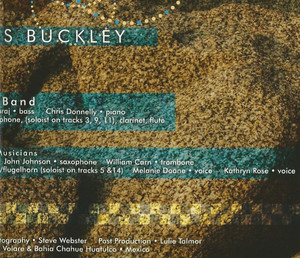 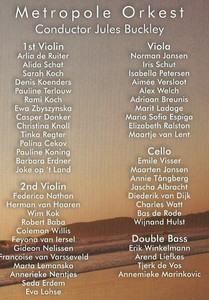 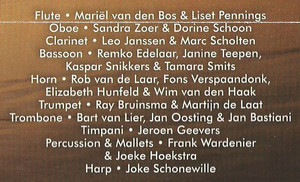 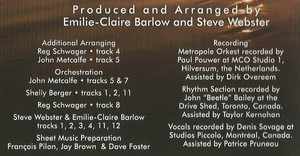 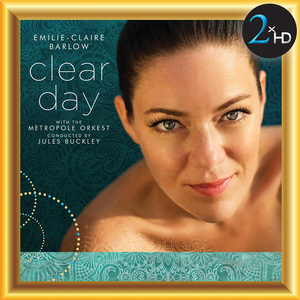 The story goes that Emilie-Claire Barlow and her boyfriend and producer, Steve Webster retreated to Mexico spending the greater part of 2014 there as they crafted arrangements to the songs that she was going to make her own on this record. Moving between Mexico and Canada became a way of life as the project took shape. Webster arranged and Barlow did too, also writing lyrics again, together with Webster for some of the instrumental originals on the album. Barlow’s joy at making things come about was reflected in her voice as we spoke. She was reliving the precious moments in the making of Clear Day as if they were unfolding before our eyes. The full impact of the trials and tribulations, and the joys of making something truly beautiful was delivered in all of its finery. I heard all about how each song happened, the little things that made a difference to each and how what was conceived on the staves became this grand passion that finally exploded in the studio with Barlow’s group, getting the final treatment as Jules Buckley and the Metropole Orkest was plunged into the mix. I was enthralled.

And then I heard the album and my heart started to beat a little faster. Emilie-Claire Barlow is a truly enchanting artist. She begins her thematically-selected tales of ships and journeys and things that go bump in the heart with a challenge thrown at herself. There is no sentimentality, but great depth of emotion in the work. This is what steals your heart. Barlow leads you on a journey that you cannot pull out of, nor would you want to. The recital’s repertoire keeps up the narrative suspense while seeming to peel away at the onion of her life delicately. The foreign language songs that includes Si J’étais un Homme (French) and Mineiro de Coração (Portuguese) suggests time-travelled joyfully. Throughout these songs and in the mood portraits there is a fine use of dynamics with the barest minimum of melisma. And yet the profound beauty of the song is never lost as Barlow and Webster appear to have worked closely on the texts and their own interpretations in the form of original lyrics and arrangements.

Emilie-Claire Barlow is a musician who thinks through her material with nuanced gracefulness. She is a compelling story-teller as much as decorative word-painter. She also manages en route to completing a most beautiful album to make music that is remarkably clean and unhackneyed. Mind you working with a big band and/or an orchestra is not new in popular music. But Clear Day stands out as a most impressive record not simply vocally, but in terms of orchestral scoring as well. The re-creation of the songs in Barlow’s sound world strikes a chord in the listeners’ hearts and minds. For me it was just as beckoning. I could see why Barlow was so (justifiably) proud of the achievement. Despite its deep forays into her own experiences, this fine chanteuse had come to touch me in ways that I never thought possible with music that was not accompanied by pictures. Clear Day, to my mind, is an extraordinary, visual album with Emilie-Claire Barlow as its painter of songs. It’s going to be a long time before I or anyone who hears the album recovers from such abject beauty.

‘Clear Day’ was nominated for two 2016 Juno Awards: Vocal Jazz Album of the Year, and the “Jack Richardson Producer of the Year” Award for Steve Webster and Emilie-Claire Barlow.