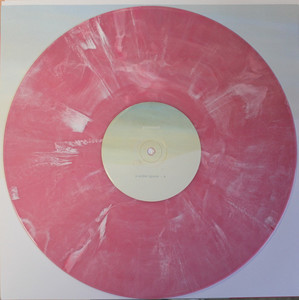 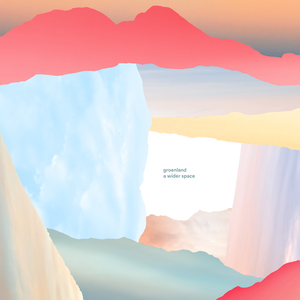 Three years ago, Groenland made a surprisingly big splash with The Chase, a quirky indie pop record that succeeded almost exclusively because of Sabrina Halde’s charming voice. There wasn’t anything wrong with the music, but it had more quirks than charms. (We mentioned the album on Tumblr and said the music “didn’t hit below the belt”.)

Three years later, Groenland’s sophomore album feels so much more sophisticated and mature that it’s hard to believe it’s from the same band. Sabrina Halde is still undoubtedly the star, but she’s given a much larger musical expanse to play with.

A Wider Space is an apt name for the album. It feels as if the band wanted to sound bigger, larger in scope, without losing their quirks and charms. They succeed with flying colours.

This is obvious from the first track: “Nothing Personal” is better than anything on their previous record. The music has a lot in common with both French jazz and Canadian indie, but the band is finally coming into their own. “Distractions” takes some inspiration from St. Vincent. “Healing Suns” could become a hit (and at the time of writing, the most popular track from the band on streaming services).

The album works because it retains the intimacy of Halde’s voice, even while the instrumentation is growing. The band is jazzier than before, and they sound bigger than they ever have before. It sounds almost like they’re a larger band than they were before.

Part of this is because of a massive improvement in production quality, but that doesn’t account for everything on display here. The songwriting is much better. The title track is evocative of the band’s growth. With a wider array of instrumentation and more complex and intricate songwriting, the band has become much more dynamic.

In short, the songs on A Wider Space have developed a personality that goes well beyond quirks. The songs here have character without imposing it. In short, Groenland stepped it up. Their sophomore record is one that I’m happy to recommend. It’s an album I can embrace. It makes me feel warm fuzzies about indie pop. I think you’re going to love.
-https://unsungsundays.com