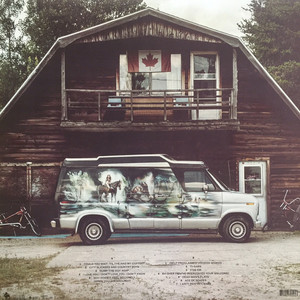 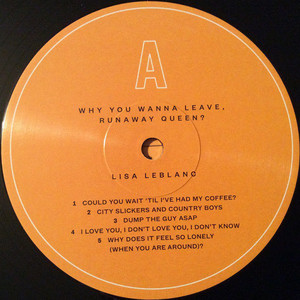 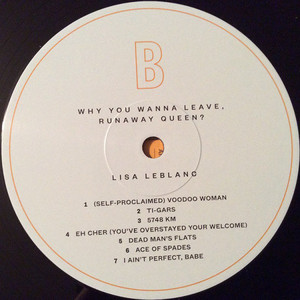 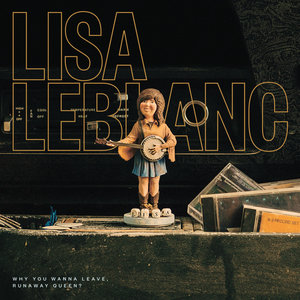 If the purpose of Lisa LeBlanc's first English-language EP — 2014's excellent Highways, Heartaches and Time Well Wasted — was to buy herself time before having to face the pressure to follow up a massively successful debut album, the New Brunswick native need not have worried. On the vibrant, eclectic Why You Wanna Leave, Runaway Queen?, LeBlanc displays very few growing pains, and no sign of even the slightest sophomore slump.

Gone for the most part are the songs about dead-end lives and struggling shiftlessly through one's early 20s, a by-product, perhaps, of LeBlanc having unexpectedly sold a combined 140,000 copies of her first album and EP. Instead, Why You Wanna Leave… draws much of its inspiration from lousy breakups ("Could You Wait 'Til I've Had My Coffee?"), bad boyfriends ("Dump the Guy ASAP") and bad decisions ("5748 km," about a doomed long-distance relationship that's "probably the dumbest idea that I've ever had"), all of which LeBlanc addresses with her typically cutting wit and clear-eyed cynicism: "And I understand that you love him / And I respect that / But I kinda wanna punch him in the balls" goes a particularly choice verse. While "I Ain't Perfect, Babe" closes the album on a self-reflective, wistful note, it also adds a twist, insinuating that LeBlanc's narrators may not be entirely without blame for their own misery.

Musically, Why You Wanna Leave… is a progression rather than a revolution, but LeBlanc keeps adding new wrinkles, like the Hawaiian lap steel on "Dump the Guy ASAP" or the sophisticated, cascading electric guitar riff that drives the dusty country-noir of "City Slickers and Country Boys." On "Why Does It Feel So Lonely (When You Are Around)?" she trades her brash trash-folk for a more cinematic brand of desert rock that successfully blends English folk music and Morricone scores, echoing similar experiments with a bigger, brighter sound that was nascent on Highways, Heartaches and Time Well Wasted.

Despite the vulnerability that manifests itself in some of the lyrics, there is an appealing fearlessness in LeBlanc's music, most notable in the way she seamlessly juxtaposes the album's most traditional moment (the instrumental "Dead Man's Flats") with its most unexpected curveball: a searing banjo-driven arrangement of Motörhead's "Ace of Spades." The muscular cover is certainly a highlight — it has long been a live showstopper — but it's LeBlanc's unusually blunt way with words and the sharp musical instincts on display throughout Why You Wanna Leave… that confirm all the promise she showed on her eponymous debut. (Bonsound)
-Thierry Côté, Exclaim