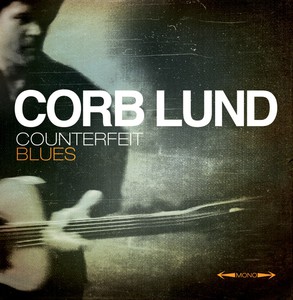 Corb Lund might just be Alberta's best export since k.d. Lang. Lund's unpretentious country music has been topping charts and stealing hearts for over a decade now, and while there's no shortage of musical prowess in his band (Kurt Ceisla on bass, Brady Valgardson on drums, and Grant Siemens on guitar and lap steel), it's Lund's perfectly crafted story songs that make this music stand out. Running the gamut from honky-tonk and western swing to rockabilly, Lund captures what's best — and what's funniest — about Alberta life.

This new album, recorded live off the floor at Memphis, Tennessee's legendary Sun Studios, consists of new takes on previously released songs from Lund's two gold records, Five Dollar Bill (2002) and Hair In My Eyes Like A Highland Steer (2006). It showcases a tight band playing songs they could perform with their eyes closed, but with the rough edges that typical studio recording too often polishes away. A few out-of-tune notes here and there, and even the less-than-perfect intro on "Truck Got Stuck," are endearing reminders that we're dealing with a real band in the raw.

Counterfeit Blues comes packaged with a DVD, Memphis Sun, that documents the band's journey down to Sun Studios to record the music. In fact, it turns out the album was a spin-off of the documentary — a TV special — rather than the other way around. Corb Lund fans will appreciate the new versions of older material, but the album also has a "greatest hits" feel to it, so it's a fine introduction for the uninitiated. (New West)
-Exclaim