Jackson, Dr. A.Y. - The Story of the Group of Seven 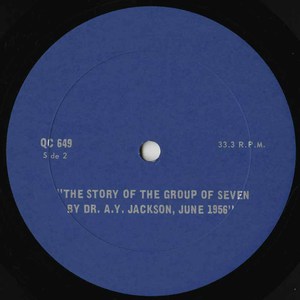 Dr. A.Y. Jackson - The Story of the Group of Seven 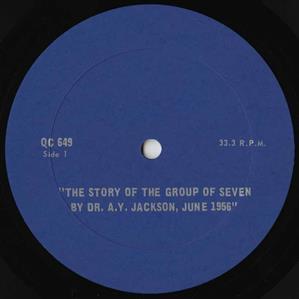 The Story of the Group of Seven

A.Y. Jackson was born in Montreal. Early in life his father left home and the family of seven had to manage more or less on its own. He was a good student, but had to leave school at the early age of 12 to earn money to help support his family. He became a lithographer and after six years of work was making $6.00 a week. During this time he became interested in art.

In 1905 and 1907 he saved up enough money for two trips. First he went to London for a brief visit. Next he went to Paris where he lived and studied until 1908. He then returned to Canada and began to paint in the area of Sweetsburg. His painting Edge of the Maple Wood brought him into contact with Lawren Harris. After another brief visit to France in 1911, he returned to Canada where he exhibited for the first time in Montreal. Shortly after the exhibition, Jackson received a letter from J.E.H. MacDonald asking on behalf of Harris for Edge of Maple Wood and urging him to come to Toronto.

In 1912 Jackson met John Varley, MacDonald, and Arthur Lismer at the Arts and Letters Club in Toronto. During a trip to Georgian Bay in September of 1912, Jackson met Dr. MacCallum who urged him to paint full-time in the Studio Building that Harris and he were financing. Dr. MacCallum also promised to assume Jackson's expenses for a year, an offer that he had also made to Tom Thomson. In 1913, Jackson's canvas Terre Sauvage became the prototype for large works by the Group of Seven.

Jackson went with Harris, MacDonald and Franz Johnston to Algoma in 1919 and 1920. The group lived in a box-car shunted to various places by CNR and CPR. Like MacDonald, Jackson found the country inspiring.

In 1920 Jackson and his friends formed the Group of Seven and held their first exhibition as such. He believed his own work, Terre Sauvage, to be the most radical in the show. The paintings were badly received by critics who deemed them "products of a deranged mind," "art gone mad" and "the cult of ugliness."