Danser, Kat - Baptized By The Mud 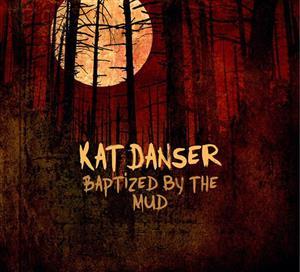 Baptized by the Mud is, quite simply put, a masterful musical journey that should have no problem leaving you with a sense of awe. Danser’s sweet vocals, lyrical genius and instrumental prowess is the kind of music that is far, far too rare.
John Vermilyea, Blues Underground Network

… conjures the deep blues of more southern climes – if not the very Crossroads where the blues began – Danser proves a talent that doesn’t come along often.
Eric Thom, Maverick UK

… paying respect to the past and doing her part to take music forward. Baptized by the Mud is sonically gorgeous with a glowing mix of stringed instruments from Danser and album producer, Steve Dawson.
Roger Levesque, Edmonton Journal

There’s a truly unique sound found in Baptized by the Mud. Danser showcases her perfectly round and low vocals as well as her passion for slide guitar.
Liz Lohnes, Blues Rock Review (USA)

For this scribbler, the highlight of the night was the discovery of Edmonton’s self-styled Swamp Blues Queen Kat Danser, a woman with a commanding presence, powerful and expressive voice and a deft touch on guitar and other stringed instruments. In a word, her performance glistened.
-David Farrell, FYI Music

Massey Hall’s 25th Anniversary of the Women’s Blues Revue
“From the opening strum on the Weissenborn, Baptized by the Mud is all Kat Danser. She lets her big voice ring with its immediately recognizable cadence and shows her proficiency on the strings.”
-Jeff Montgomery, CFCR Saskatoon Blues