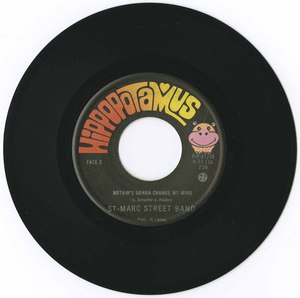 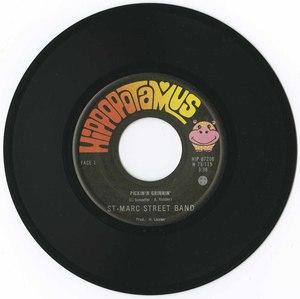 The group formed in May of 1971 in Montreal. The bass player and leader of the group was Al Ridler. He was managing a rooming house at 1236 Rue St. Marc, in the Westend of downtown. This is where Al picked up the nickname.

"The Electric Landlord". I had met him a few weeks before and he invited me to visit him and have a jam session. I finally went to see him and the band formed very quickly. The first version of the group was a 4 piece with Bill Meader on guitar, Earl Gordon on drums, myself on guitar and lead vocals and Al on bass and vocals.

We began working right away and we recorded 2 original songs at the Denis Pantis Studio on Queen Mary Road. Sadly, in December 1971, Bill Meader left the band and now we were a trio. There were a number of musicians who came and went from the band for the next 2 years. We had a house gig, 4 nights a week at the Friar's Pub on Crescent Street. From Jan. 1972 until the fall of 1974.

In 1973 we recorded again at the Denis Pantis Studio only this time as a trio. Our new drummer was Robbie Rankin from Morin Heights QC. We recorded 12 original songs in 6 days. 2 of those songs ended up on a 45rpm record. They are, "Pickin 'n' Grinnin' & "Nothings Gonna Change My Mind". I left the group in January of 1975...and the band continued about another year and then finally broke up. There is a lot more to the story but I will leave that for another time.
-Larry Schaffer