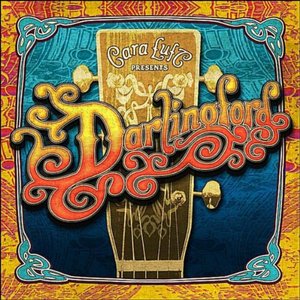 Cara’s critically acclaimed 2007 album The Light Fantastic, recorded following her departure from folk trio The Wailin’ Jennys, drew praise from across North America, Europe and the UK. Wildy’s World proclaimed, “you don't want to be without this disc.” Americana UK declared her “a consummate performer.” Popmatters.com noted, “Cara’s warm alto vocals are sinfully sweet," and added, "Luft is the perfect blend of lightness and gutsy rock chick.” Luft is that rare artist steeped in folk and traditional roots music almost from birth yet willing to alter that fabric, stretch the boundaries, not afraid to bend genres and styles.

Cara has earned a solid reputation as one of Canada’s finest live performers and acoustic guitar players whose engaging, down-home style is wrapped in a delicious sense of humour. A recent review of Cara’s appearance in Germany notes, “Cara’s songs are a snap-shot of life. In good singer-songwriter style she brings real life situations into her songs but isn’t shy of bringing classics such as Led Zeppelin’s ‘Black Mountain Side’ into her own funky style... During the break she stood in front of the audience and chatted with them as though it was the most natural thing in the world to do.” Cara's the real deal, there's nothing pretentious about her. And that sense of honesty, integrity, personality and spontaneity permeates and resonates throughout both her music and her live shows.

Yet from adversity comes strength. Emotionally wracked, Cara soldiered on, settling herself into the producer’s chair and penning her most poignantly personal songs to date, with assistance from noted Canadian songwriter Lewis Melville. Songs like “House On Fire”, “Idaho” and “Only Love Can Save Me” resound with soul-baring insight, compassion, acceptance and empowerment. “It’s Gonna Be Alright” and “My Darling One” speak to the need for reconciliation with family. “Dallaire" is a deeply moving tribute inspired by General Romeo Dallaire’s passionate account of his experiences during the Rwandan genocide. The choice of cover songs, including two traditional English folk ballads and two contemporary folk songs, reflect Cara’s broad musical tastes and influences, notably British Isles’ folk music, and her gift as an inspired folk interpreter.

Darlingford is a musically deep, undeniably rich example of life informing art and makes a firm statement of emotional survival and moving ahead. As for that little incident at the US border, Cara played “Charged!” for the prosecuting district attorney. He liked it a lot. The charges were dropped.
-John Einarson