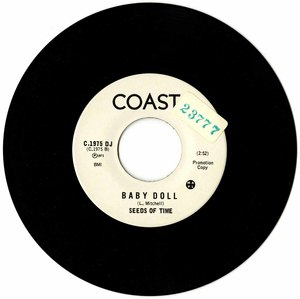 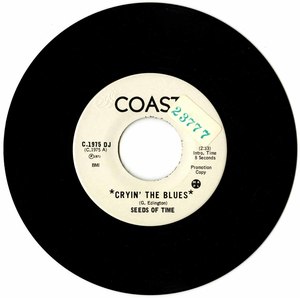 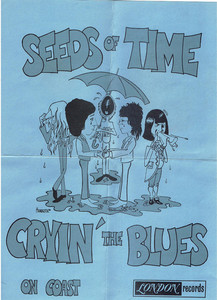 Seeds of Time-Cryin the Blues INSERT 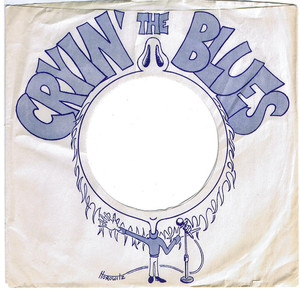 Cut from the same unwashed, slightly sinister cloth as the Shadows Of Knight and other Mom-terrors of the late '60s, Vancouver, BC's "Legendary" Seeds of Time were the Canadian Northwest's punks par excellence. The group included Jeff Edington (vocals); Lindsay Mitchell (lead guitar); Steve Whalley (bass), and Rocket Norton (drums); with sporadic members Allen Harlow (rhythm guitar) and John Hall (keyboards). Edington and Mitchell had graduated from William Tell & the Marksmen in 1965, Vancouver's best-kept folk-rock secret. Their new group gave them the opportunity to sow some wild oats. As popular for their kick-ass tunes as for their outrageous antics, the Seeds cut two singles in 1970-1971 for the Coast label, "My Hometown" and "Cryin' the Blues." During this era, they had police problems, were dumped by their musician's union (conduct unbecoming), wore out their welcome at countless high schools, and got themselves permanently banned from Calgary, Alberta. Musically, "My Hometown" is brash and bold boogie with authority. "Cryin' the Blues" is a rough mix -- part Ray Charles, part Raspberries. Somehow, it works. Trapped by their own excesses, the Seeds softened and adopted new monikers like the "Rocket Norton Band" and "Prism." Unfortunately, the muse had departed, and the Seeds of Time were soon scattered by the wind. Both the above A-sides were featured on the various-artists reissue, the History of Vancouver Rock, Vol. 3 (Vancouver Record Collectors' Association VRCA 001, 1983).