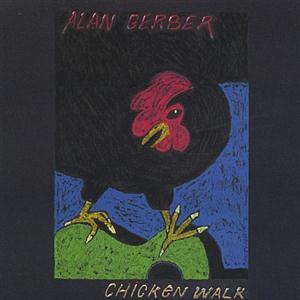 Just wait till you see him live! A pro since age of 12, Chicago-born boogie blues man Alan Gerber has developed an international fan base across the U.S., Canada, Europe, Japan, and Australia. Master of his craft, Gerber writes song that brings people to their feet and dancing in the street, as the Montreal International Jazz Festival knows well from their 2000 event. Thousands of adoring fans pressed against the stage as Alan wrapped up his set. Fans screamed for more. Gerber and the band were urgently ushered from the scene, security urging: "You better get out of here before the crowd tears down the stage."

His performances cover wide spectrum of styles and grooves within the blues arena. Gerber's skilled "finger dance" upon the frets, fiddle, or ivory, served up solo, duo, or in a band, can produce a blues cocktail filled with, fun-hitting, fine boogie tickling, and breath catching performances.

Holger Petersen, renowned host of "Saturday Night Blues" (CBC Weekly Radio Show), "Natch'l Blues" (CKUA Radio Show in Alberta) and the president of Stony Plain Records says:
"Seeing Alan Gerber perform live is a joyous experience. You can tell he loves to be in front of an audience and truly whips them into a frenzy. He's amazing!"

"Since the 28 years of the Blue Skies Music Festival, I haven't ever seen the crowd boogie like they did tonight with Alan Gerber and his band. I knew it was going to be good, but I never even imagined it this good!" - Al Rankin, executive talent co-ordinator since the beginning of the "Blue Skies" music festival:

"If Alan is ever given the right opportunity that he so justly deserves, he would definitely be a star. Hopefully, when he does, he'll remember me as one of his biggest fans and put me in his will."
-John Wonderling, past producer of Aaron Neville, Dr. John, The Dixie Cups, and Johnny Adams