Soothsayer - Have a Good Time 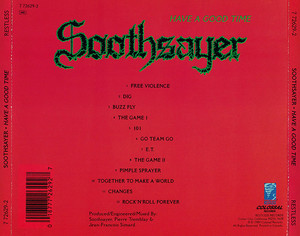 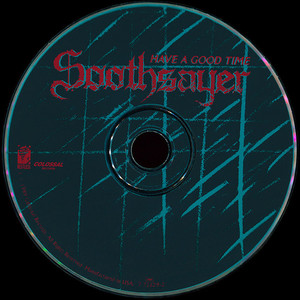 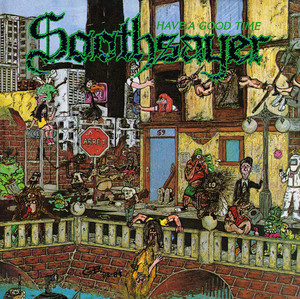 Have a Good Time

OK, so there are the obvious candidates, like Voivod, Annihilator and Devin Townsend, but what do you know of Soothsayer? Not a hell of a lot? Me either.

The band first came to Metal–dom's notice on the 1986 'Thrash Metal Attack!' compilation, with a short but crazed demo track. Three years later, 'Have A Good Time' came and went, with hardly a blip on the radar screen.

This band sound slightly insane; imagine the rhythm guitar from Slayer's 'South Of Heaven' played by Les Claypool from Primus (yes, I know he's a bass player…). Add to that one of those crazy, smelly guys who stands on a street corner shouting about God, but in French. Next, pretend Anthrax's rhythm section had little brothers who played ice hockey. Starting to get the picture? Utterly confused? It takes a few listens to understand, but is instantly addictive.

Perhaps the biggest thing counting against Soothsayer was their grasp of English. It's a little tenuous at the best of times, and utterly hilarious when they really fuck things up. On "Buzz Fly" for example, "Now my fly said I'm hungry, it can't eat pizza and Pepsi/Pet shop doesn't have the food, so I give it seven toast crumbs". The pet fly in that song was so depressed about the state of the world it committed suicide. Elsewhere, there is a tale of a pizza–faced teenager, his affliction caused by eating too much pizza, who sprays zit juice on people he doesn't like. There is a more serious side too. "101" is sung mainly in French, about retaining French language in the Canadian province of Quebec.