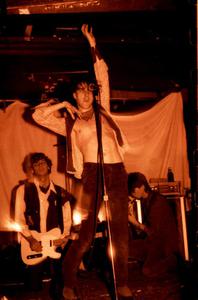 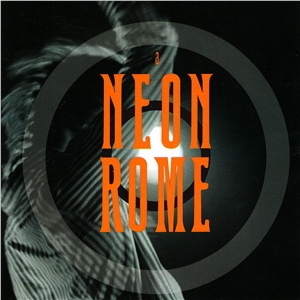 Out of the crutches of castles, the rags of civilization, came A Neon Rome. Formed in early 1984 they were born into a post punk, cold war world that was artistically void and ripe for the taking.

By the time the Magical Summer of ‘85' rolled around they were the resident band for the popular Elvis Monday's at The Beverly Tavern in Toronto, recording their first album and about to pack the premier Larry's Hideaway for their first truly headlining show. They soon had a solid following in Toronto and other towns along the 401.

Their live shows were wild, provocative and unpredictable. Singer Neal Arbick was the perfect blend of Iggy Pop, Patti Smith and Jim Morrison filtered through his own unique persona. Neal would stay up for days cutting hundreds of gig posters into the shape of a cross and hand painting each one. He would spray paint the band name in strategic locations around town and cover the city with posters advertising nothing but the band itself through a series of poems with headlines like “Attention Heroin Addicts”. Whether you were a music fan or not, if you lived in Toronto you knew the name, A Neon Rome. Other band members at this time were, John Borra (Bass), Kevin Niziol (Guitar), Ian Blurton (Drums) and Bernard Maiezza (Keys).

In March of 1987 their debut record “New Heroin” was released in Europe on France’s New Rose Records and later in Canada on Elliot Lefko’s Right Side Records. The English press gushed over the album declaring it the best thing to come out of Canada since…etc. By this time the band had a whole batch of new songs and were eager to start recording their second record to be titled “All The Children Are In”.

Sometime in 1987, the up and coming director Bruce Macdonald, a long time fan of the band decided to make a documentary style film about the band on tour through Northern Ontario. Much like the Sex Pistols tour of Texas it would document this downtown freak show in small town Ontario. The band’s current drummer Dogface lived in a giant warehouse, would only wear shoes in the dead of winter and didn’t bathe for months on end. He had brought in a former mental patient named Tootsie, a giant man who played homemade percussion instruments and carried everything he owned around in a number large bags he’d made out of old denim and leather. Neal also started fasting and, with the exception of singing, began taking long vows of silence. A loose script was written by the then unknown Don Mckellar around a female lead to provide a modicum of stability to this volatile situation. By the time the movie was ready to go into production the band was in tatters and was in no shape to go on. Don wrote a fictional script with some characters and events based on the band and the movie was made into the award winning cult classic “Roadkill”. The band had finished their second record but it was never released.

Now 20 years after their break up in 1989 they are releasing “A Neon Rome” on Cd and iTunes. The new record contains almost every song from “New Heroin” and a track from the now infamous unreleased second record “All The Children Are In”. The album is being released on John Borra’s Cousin Jeb Records. With the exception of a track on the “Elvis Monday Compilation” that came out in 1993 this is the first time A Neon Rome’s music has been available in a digital format.

“New Heroin” feels magnificent, like being ravaged by white sleet and crimson noise…Listening to this is a) something to do a lot of, and b) Like being knighted for inventing weightlessness inside a brittle seashell, kneeling between Lady Jane Gray and Salome…They merit your most severe attention.”
-Melody Maker – 1987

“New Heroin builds and maintains an atmosphere as successfully as ‘Marquee Moon’, and on the evidence of this debut by the men of Toronto, it could well be time to wheel out the old best-thing-to-come-out-of-Canada-since vehicle and present the keys to A Neon Rome in perpetuity… Not so much awesome as awe-all. Groan, but it’s true.”
-Sounds – 1987