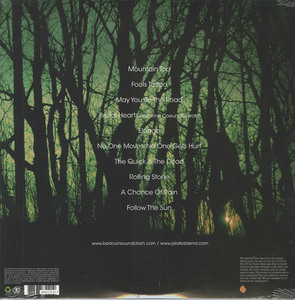 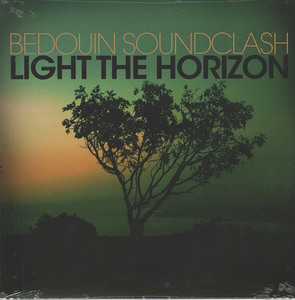 Though question marks may still linger over the authenticity of a reggae band hailing from Toronto, it’s difficult to impugn the respect with which Bedouin Soundclash has treated the genre. In each of their soulful long-players, the group has embraced reggae’s cultural and stylistic heritage with astonishing degrees of aplomb. In particular, and this rings especially true for Light the Horizon, it’s as though the band has used reggae as a blueprint with which to explore a host of other styles: “Mountain Top” sports a vintage punk-rock refrain, “May You Be the Road” is a gorgeous low-tempo folksong, while “Follow the Sun” provides the album with a psychedelic curtain call. In short, this feels like a collection of songs from separate genres that have been marinated in a Caribbean jerk sauce, and it works surprisingly well.

Light the Horizon is almost certainly the most adventurous Bedouin Soundclash release to date, dabbling in genres and assimilating influences that veer surprisingly far from the squeaky-clean reggae-pop that has come to define the band. Both “May You Be the Road” and “The Quick & the Dead” incorporate spaghetti western-style features like ethereal whistling and baritone flutes, which affords the tracks a grand scale and elevates them from your more moribund balladry. Likewise, “Brutal Hearts” is a wonderful duet with French-Canadian songstress Beatrice Martin (or Couer de Pirate, if aliases are your thing) that marks the furthest shift from the group’s aesthetic norms. These three minutes are awash with elegant string samples and offbeat percussion, with Martin trading wonderful call-and-repeat couplets and sublime harmonies with singer Jay Malinowski.

The album only suffers when the group offers labored rehashes of the saccharine beach-pop that has plagued their previous efforts. “Elongo” is the foremost case in point, a horrendous attempt at teen-friendly chart fodder that conforms to almost all the dreadful clichés of any summer’s token acoustic anthems. Idle chat about endless sands and beautiful weather? Check. A god-awful interlude in which Malinowski sings and strums sans his bandmates? Check. A contemptibly catchy chorus that you will kick yourself for singing along to? Check and mate. It’s a shame that this single could come to define the album, as Bedouin Soundclash are capable of offering so much more than this rudimentary pop jaunt, and they prove as much on Light the Horizon’s other nine tracks: This is a solid album with a truly woeful centerpiece.
-Huw Jones, Slant, Jun 8, 2011