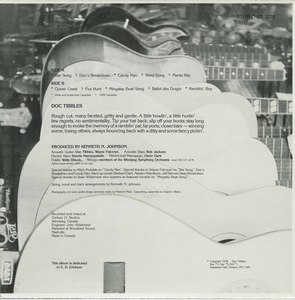 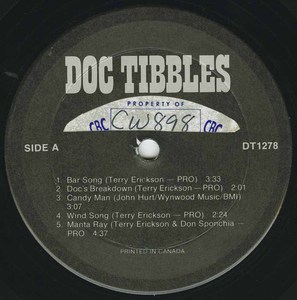 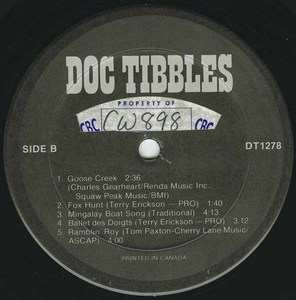 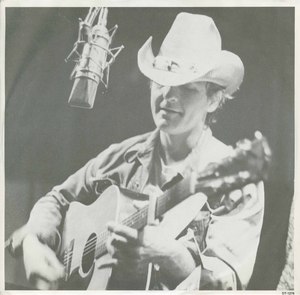 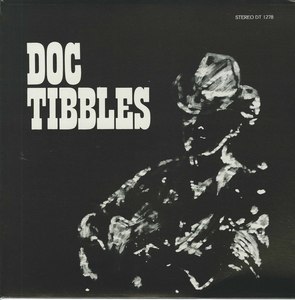 Doc Tibbles plays like a man possessed. His ability to create instant fusion with a flat-pick guitar is unique in this country. Thunder Bay born, this rough-hewn but gentle man has been picking and singing his way across continents and oceans with his own brand of country, bluegrass, folk, and outlaw music. A seasoned performer, songwriter, and lyricist, he plays banjo, bass guitar, and a multitude of stringed instruments. But it's his incredible guitar playing that has won his audiences both country and city. He is indeed a man for everyone!
-Winnipeg Folk Festival Program Magazine, 1983

Doc Tibbles gave a good account of not only his respective vocal melifluence, but also of his serious approach to making the acoustic guitar and ideal melodic counterpoint within his range of singing styles.
-Fran Coy, Winnipeg Free Press