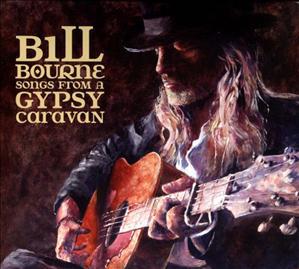 Songs From A Gypsy Caravan

With a career spanning over 30 years, Bill Bourne is one of Canada’s most revered blues artists, transcending genre barriers and pushing the limits of his creativity. From the release of his first album by Radio Canada International in 1982, Bill Bourne has toured the world as a solo performer and with such internationally acclaimed acts as Tannahill Weavers, Bourne & MacLeod, Tri–Continental, Eivor Palsdottir, Lester Quitzau, Madagascar Slim and Bop Ensemble.

Never content to remain musically static for long, Bill continues to record, play and collaborate with an array of musicians who share his fervent creative passion — making him a respected and significant contributor to the Canadian music landscape.