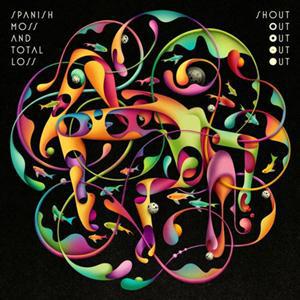 On their third album, Edmonton electro rockers Shout Out Out Out Out outgrow their “dance punk” label and move toward more mature and measured Kraut- and house-influenced sounds. The songs still groove and uplift, but the band’s earlier youthful chaos has been subdued.

There’s also more warmth and melody, though, particularly in opener and first single Now That I’ve Given Up Hope, I Feel Much Better, which starts with slightly off-sounding keyboard chords that set a disquieting tone that you hope will continue. (It doesn’t, really. The album’s contentedly major-key.)

The lengthy songs, mostly instrumental, unfurl deliberately and dynamically, and even the few with vocals keep the human element at bay. (Vocoders have that effect.) That’s not a bad thing. This is fairly arm’s-length music – more about beat and texture than emotional confessionals.
-Carla Gillis