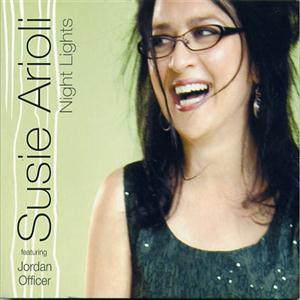 Canadian vocalist Susie Arioli was pretty much relegated to the musical fringes in Montreal and environs until she exploded upon the scene with the creation of her Swing Band in 1998. She and her group opened for Ray Charles at the Montreal International Jazz Festival and since then has been in the limelight, performing regularly at festivals, concerts, touring (including a stint in Washington, D.C.), and gigging in jazz venues in and around Quebec. Originally studying flute and then taking private singing lessons, she listened to Nina Simone, Chet Baker, Ray Charles, Aretha Franklin, Staple Singers, Robert Johnson, and Billie Holiday as she developed her own style. Arioli has been compared to another singer known for independence and individuality, k. d. lang. The diversity of styles offered by these influences helps to explain Arioli's versatility and independence in selecting tunes she likes to sing.

Arioli's first album with her Swing Band, It's Wonderful, was released in March of 2000. While she and her group specialize in swing music from the 1930s and 1940s, they are not averse to seguing into the blues and Western swing. Every now and then you hear a tune from her that Connie Francis and Joni James might have sung in the 1950s. The makeup of her band is unique, with two guitars, a bass, and Arioli on snare. At first blush, this instrumental makeup seems quite limiting. But when given good arrangements to play, it provides both a solid and flexible foundation for Arioli to do her own thing. Arioli said that she started playing snare not for any time-keeping reasons, but because she had to find something for her hands to do while she was singing.

Arioli is a straightforward singer, avoiding scatting and other vocal gymnastics. Her satiny tone, perfect phrasing, her way with the lyrics, and ability to tell a story combined with an infectious mood of excitement, enthusiasm, and old-fashioned fun bode well for a rewarding future as a singer of good music. Once more, Canada has tossed another excellent performer into the jazz hopper.