Browns (2) - Getting Jiggy With 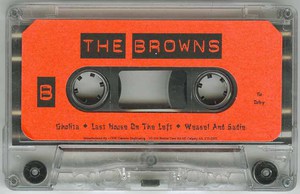 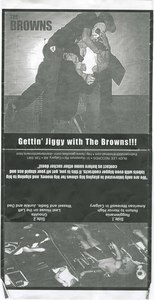 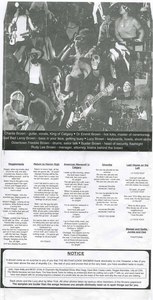 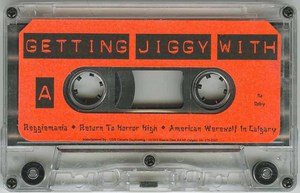 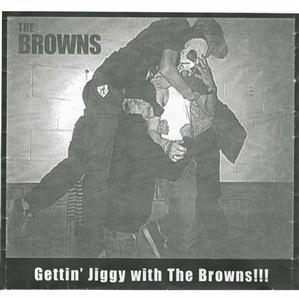 A horror-themed punk band. Formed in 1998, they played consistently for a year and a half around Western Canada, opening for The New Bomb Turks, Nashville Pussy, AFI, and Good Riddance. In the spring of 1998 the band self-released their first album “Getting Jiggy with The Browns”. At this time, the line up was much different; Charlie - Guitar & Vocals, Emmett - Guitar, Leroy - Bass, Freddy - Drums and Lucy - Keyboards.

During the summer of 1998 Lucy and Emmet left the band, Freddy moved to Guitar and a new drummer named ODB began performing live shows, a new keyboard player was not sought out. Also around this time Charlie gave up his guitar duties and focused solely on lead vocals.

In 1999 Meter Records (Canada) released “Greatest Hits Volume One.” Shortly after the release The Motherfucking Browns played what they said was their “final” show (summer of 1999) much to the dismay of both Meter Records and the Western Canadian music scene.

With the success of Tony Hawk’s Underground a new website for the band was announced as well as a new myspace site. Both sites confirmed The Motherfucking Browns were performing with a new line-up: Charlie - Vocals, Eddie - Guitar, James - Bass, Joe - Drums.

2004 saw the release of “And Now the Screaming Starts!” on Meter Records (Canada). After much publicity, and several live shows in the Mid West USA, Horror High Records released their single “The Scream on Halloween” on their “Prom Queen Massacre” compilation, featuring other horror-rock bands such as Blitzkid and Calabrese.

After nearly three years of no activity Meter Records reported that The Motherfucking Browns have returned with the original line up that played on “Greatest Hits Volume One” (except ODB who had since passed away, and replaced by Chow Yun). In the fall of 2007 The Motherfucking Browns played a triumphant “comeback” show in their hometown of Calgary, Alberta, Canada. Performing alongside fellow horror rockers Forbidden Dimension. In an interview with Beatroute Magazine a new album for 2008 was announced.

The band is known for their abrasive stage shows, wearing Balaclava ski masks on stage, and songs primarily about horror movies. Charlie Brown is also a contributing writer for horror website www.killerfilm.com

“The best band in the fucking world, you fuckers!”