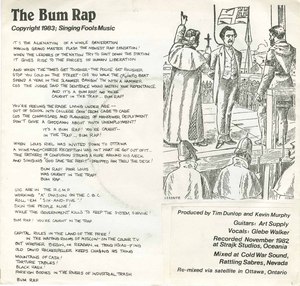 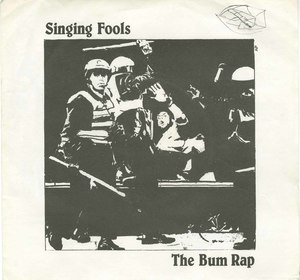 Ottawa's Singing Fools emerged onto the cold and stagnant North American music scene in the abysmal autumn of 1982. Born during the famous Honest Ed's rug riot in Toronto in 1960, Murphy was the youngest son of a Moravian muleskinner-turned beer advertiser and a winsome but lethal Uzbeki swordswallower and events planner.

The first Canadian rap single ever released, it featured 'sampling' of political personalities (a surly Pierre Trudeau telling reporters to "just watch me" after his cabinet imposed the War Measures Act in October 1970) that became a Fools trademark. The song even enjoyed fleeting status as an underground hit at the New York's Danceteria.