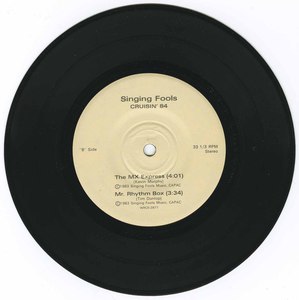 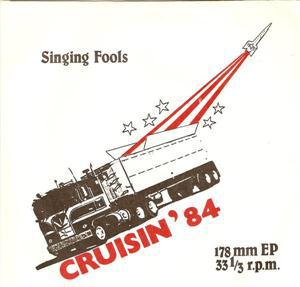 Their self-produced 1982 vinyl single, The Bum Rap, received wide airplay on campus radio and was inspired as a criticism of the Canadian government's wage and price control program.

Its sparse guitar and drum box arrangement included excerpts of Prime Minister Pierre Trudeau's infamous exhortation during the 1970 October Crisis to "just watch me", and the disc was later touted as Canada's first rap record.

The group achieved short-lived commercial recognition in 1985 when they were signed by A&M Records following the release of their third "civil defencercise" themed record The Apocalypso and its accompanying video which was given regular rotation on MuchMusic.

A&M dropped the group after only a few months and the band released its self-produced mini-LP, Call Me Lucky in 1986. The same year, Singing Fools were nominated (by themselves) as "best independent artist" in the CASBY Awards sponsored by Toronto's CFNY-FM. A 1987 distribution deal with German indie label, Amok Records spawned the Cold War-inspired single, Funkenstrasse (Europa's on the Radio).

After Murphy and Dunlop parted company in the 1990s Singing Fools was transformed into an internet-based music and video production company.