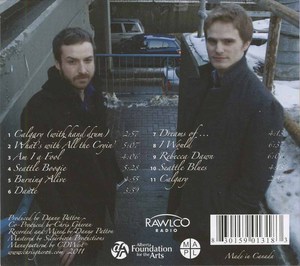 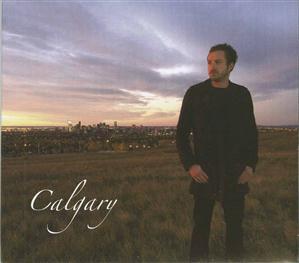 After a lifetime of defending Calgary against its naysayers, Chris Gheran was shocked when the city turned its back on him as soon as he got bumped down to the blue-collar workforce. That’s the basis of his new album, Calgary, which tells tales of both love and disappointment about our city through the eyes of a working-class resident.

Here, the addition of a full band adds a refreshing level of depth to Gheran’s, and the usual singer-songwriter, folk stylings. Where an acoustic guitar and Gheran’s versatile voice can cut it, the addition of a banjo and a pedal steel on many tracks does absolute wonders to keep things interesting. Tyler Stephan’s guitar work also finds its way onto plenty of these tracks, and we have him to thank for the overall marketability of Calgary, meaning long passages of noise have been omitted.

While the album is heavy on the folk and country, the song “Dante” ventures into indie territory, which just strengthens the case for how expansive Gheran can be, even if the song feels somewhat out of place sandwiched between two heavy country ballads.

While self-referential Calgary odes might seem a bit tacky, here, Gheran is branding his pride. And branding it well.

Fast Forward Weekly: How does this album differ from your past two efforts?

Chris Gheran: My last album was mostly acoustic, and I played everything on it. For this album I got a bunch of my friends to work on it. I wanted it to be more grandiose with an emphasis on the country aspect of my music.

How frequently do you write?

I always try to write songs, because you never know when you’re going to get something good. Half of the songs I write go nowhere, but it’s like a boxer hitting punching bags. You’re not winning any fights, but you need to practise.

How did you go about recording the album?

The guitarist, Tyler Stephan, had helped me write a lot of the stuff. He helped with the radio friendliness of the album because he’s not as much of an “artist” as I am. Where I might decide to put two minutes of noise in a song, he would shy away from that. We recorded it at Airwaves Sound Studio and it was just like hanging out with my two buddies when recording. I wish I could do that every day of my life.

Why did you decide to tour this album and not your two previous ones?

I finally was in a place where I was able to do it now. All my jobs before were low paying and never allowed me to take the time off. The first album was also a deer-in-the-headlights situation, and the second album was too personal to tour. This album felt right, it felt like what I should be doing. And now I know there are at least five people out there who have heard me, and that’s all I need.
-Craig Palmer in Record Reviews, FFWD magazine