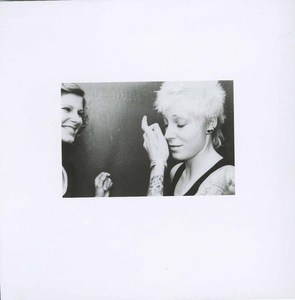 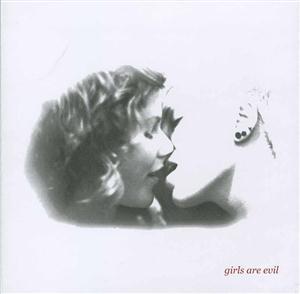 Like many synthpop outfits, Mannequin Depressives owe a great deal of their inspiration to the classic New Wave and electronic outfits of the '80s. Setting them apart, though, is the breadth of their influences; sure, you'll hear a touch of Depeche Mode and Pet Shop Boys in their sound, but you'll also hear traces of glam, progressive rock, and even a touch of Sunset Strip sleaze. "Lies" is the kind of retro club fodder that Vince Clark invented and everyone with a keyboard since then has tried to match, but "Last Day" sounds more like The Cure, with vocals blurring over moody pianos and atmospheric guitars. "I Don't Get You" starts off with the clanking mechanical beats and raw bass tone of primitive synthpop, but lead singer Rod C. Dornian departs suddenly from sweet falsetto to cynical sneer, coming off less boyish innocent than cocky rock 'n' roller, a bit like if you equipped early Motley Crue with drum machines and keyboards. The opening synthesizer on "Will to Deceive" is so classic-sounding you'd actually think it predates the '80s; it has that old-fashioned science fiction vibe that you hear on early Tangerine Dream and Vangelis recordings, at least until the arrival of the belching bass synth, which sounds almost exactly like a slowed-down version of Peter Schilling's "Major Tom (Coming Home)." Best capturing Mannequin Depressives' mix of synthpop and rock elements is "Erase It," which laces just a hint of guitar wail over the thumping dance floor beat for an effect not unlike early New Order, complete with bouncing vocal hooks. A remix of the song goes for a more purist synthpop approach, slowing down and manipulating the vocals before building gradually into an extended club version. Finishing the album is "Electronic Tonalities Part 2," a 10-minute ode to electronic experimentation that will feel familiar to fans of Front 242's early instrumentals and proves that there's more to Mannequin Depressives than simple pop hooks. This group is just as inspired by the '80s as any synthpop act ever has been, but instead of latching on to one or two favorite bands, Mannequin Depressives manage to distill the entirety of the decade onto one 70-minute CD that's bound to please anyone who grew up listening to "alternative rock" before it was ever called such a thing.
-Mathew J.

Seeing an imperative to continue where New Wave and post-punk left off, founder Rod C. Dornian joined forces with Nebulous in 1998, and laid out the frame-work for what would become Mannequin Depressives.

Later that year, Russ Magee (of Sonic Lens, Voltage Control) and Scott Johns (of Smoth, Die Spinne, Dads With No Face) joined the Mannequin line-up, simultaneously setting in motion the process of completing their debut album, as well as developing strategies for live performance.

2002’s debut album “Trash-Eighty” set to the task of breathing new life into what was left of the New Wave movement. Elements of Post-Punk, Synthpop, and Industrial combined together to create an album rooted in the 80s, within the context of the 90s and 2000s.

A series of live shows with groups such as The Birthday Massacre, Icon Of Coil, and Left Spine Down kept the cross-genre exposure pervasive, while the sole cover song of Kraftwerk’s “The Model” paid homage to one of MD’s most notable influences.

The long road to completion of the second full-length Mannequin album “Girls Are Evil” ran in parallel with work on related projects such as IMA and Voltage Control.