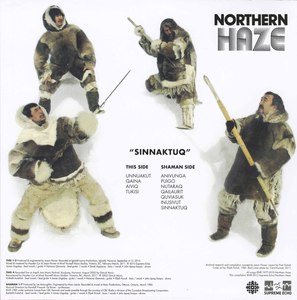 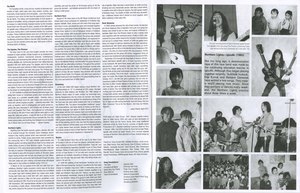 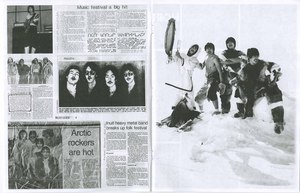 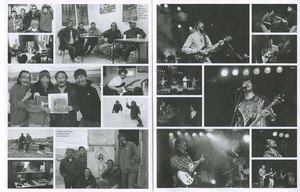 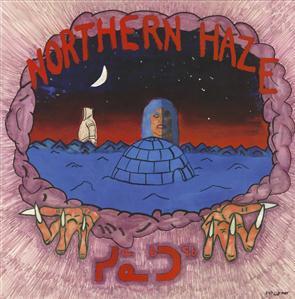 In my opinion, this is the most important re-issue this decade. It contains a vital collection of northern rock. Thanks to Jason Flower for making this album available in a limited pressing of 650 copies, 228 of which are on blubber vinyl. Ya gotta get the blubber so order now.
-Robert Williston

Hailing from the 69th parallel in the Arctic is a story unlike any other. Born on the land to Nomadic parents and later settled in the hamlet community of Igloolik, these childhood friends grew up learning to play on toy instruments until becoming accomplished musicians and forming a group in 1977. Their talent won success in the early '80s with contests, press coverage, and tours of isolated Northern communities until in '85 when CBC Radio invited them to travel 3000 km south to record an album. The result became the first Canadian Inuit Rock/Metal album ever made and first Indigenous language rock album in North America. Pressed in a tiny quantity of 500 copies for promotional use only, the LP quickly disappeared into the vortex of rare Canadiana. Over the 1990’s and into the millennium, Northern Haze endured great hardship yet 35+ years on they still prevail. In 2010, a new recording and a documentary film on the history of the group was produced on location in the Arctic. Complete with traditional “ayaya” parts and sung entirely in Inuktitut, the end result is a heavy melodic rock/metal album played by veterans of the genre with a distinctly original character unlike anything heard before. For these men who live two lives, the old ways of the past meet with those of the present; “Sinnaktuq” (their “dreams”) are truly embodied within the realization of this amazing deluxe collection of original material.