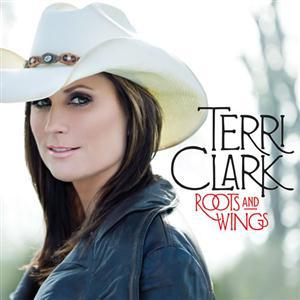 With more than five million albums sold and nearly a dozen Top 10 hits to her credit, Terri Clark has emerged as a singular voice on the country music landscape – driving, passionate, spirited – and every bit her own woman. A dynamic, no-holds-barred live performer – and one of the rare female country artists capable of throwing down some impressive guitar work – the Alberta, Canada native has toured with such superstars as Brooks & Dunn, Reba McEntire, and George Strait on her way to becoming a eight-time, fan-voted Canadian Country Music Association Entertainer of the Year.

A prolific songwriter and hard-charging traditionalist, Clark spent years playing dive bars and entering talent competitions before she first hit the charts in 1995 with “Better Things to Do” and never looked back.

She is the first Canadian female to be inducted into the prestigious Grand Ole Opry and has received multiple CMA and ACM Female Vocalist nominations, in addition to a pair of Juno Awards and a remarkable 17 CCMA trophies.

For close to three years, Terri was the only woman in country music to score a #1 single when she soared up the charts with “I Just Wanna Be Mad,” one of a long string of successes including such hits as “You’re Easy on the Eyes,” “When Boy Meets Girl,” “I Wanna Do It All,” “Poor Poor Pitiful Me,” and “Girls Lie Too.”

As songwriter, vocalist, entertainer, and personality, Terri connects with listeners in a very genuine way, at least in part because of her willingness to reach past the obvious for the real-life bottom line in her music, embracing strength and vulnerability, playfulness, sexiness, and a refreshing emotional candor.
-humphead country