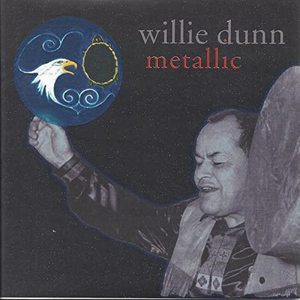 These songs were all written and performed a generation before the struggle for land claims and stories of residential schools became part of the larger public consciousness.

Metallic is a pick of the best of Dunn’s previous releases.

Since those recordings the political climate has changed but the issues remain the same. The current interest in Willie’s songs School Days and The Ballad of Crowfoot illustrates the public awareness and scrutiny of the First Nations’ agenda.

"His sound is classic and the words ring true."
(Vancouver Folk Music Festival)