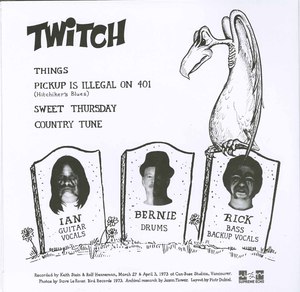 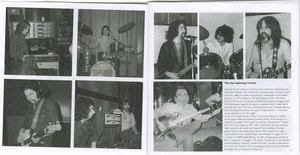 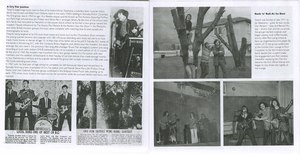 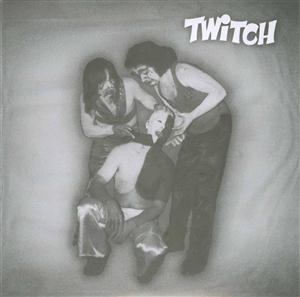 Canada's long lost doom/proto-punk legends finally unleashed! Distancing themselves from the bustling local psych scene, they formed in 1971 on the rural outskirts of Vancouver becoming a hard rock trio unlike any other local group. A newspaper article dated January 18, 1973 mentions "the ear-splitting Twitch" playing regularly to capacity audiences.

Band leader Ian prompted the guys to wear bloody horror-fantasy make-up and bizarre outfits, becoming the first (and only) in Vancouver to do so (also believed to be first to use smoke & fog) packing full house night after night. Late March / early April they did two recording sessions documenting the entirety of original compositions - a mere four songs resulting in two 45 singles. The first 45 was issued in May and the second in August, both pressed in roughly 100 copies. Near to the end of '73, drummer Bernie decided that make-up was against his principles and left on amicable terms.

The original power trio ended giving way to the legendary and shocking "Dark Years" of 1974-75 with all together new group, heavier sound, darker image (like black metal bands of today), and elaborate stage show. Twitch's legacy is the missing link for both early '70s proto-punk and proto-metal of the Pacific Northwest region; what was yet to come during 1974-78 only confirmed such to be true. Originally issed as two separate sleeveless 45's in very small editions, now compiled onto one EP with orange repro labels, deluxe picture sleeve (not fold-over), and 16 page booklet with detailed history & tons of photos. Fully authorized, limited edition of only 600 copies. (Supreme Echo, 2012)

The Twitch EP is an amazing discovery for collectors of rare Canadiana, comparable to early Pentagram, Crushed Butler, Imperial Dogs, Edgar Broughton Band, Troyka, Dust, and others. Still unknown outside of Canadian collector circles; a high quality reissue that adds yet another missing link into the history of proto-metal and pre-punk groups over the North American continent! A truly deluxe release. Brace yourselves folks, Twitch's story will rewrite Canadian underground history!