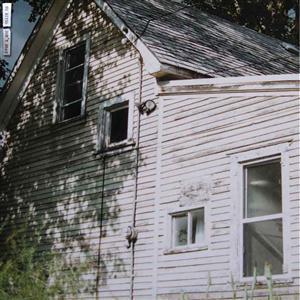 Contrary to what the cowboy hat you get upon arrival as a high-profile guest in Calgary might suggest, there is a big disconnect between the actual backgrounds and interests of the people in this city and the wild west images we are encouraged to identify with. As No River bassist Stewart Elton points out, “Most of us grew up in the suburbs playing video games.”

In reality, all the country-themed fanfare has almost nothing to do with creating a sense of community through collective identity, and almost everything to do with projecting an identity to outsiders — to give the impression of a shared history and a collective myth that is false and illusory to all but the Stampede tourists who fly in, hit Lammle’s for some boots, drink terrifying amounts of alcohol, yell “yee-haw” every eight minutes and fly out again 10 days later.

Considering the lack of authenticity that gets more and more pronounced with every new godawful cowboy-related image (need I mention the fibreglass cows?), the idea of a country band in Calgary as genuine and vital as No River is almost unthinkable. What started as a half-mocking country cover band thrown together to make some extra cash during Stampede took an unexpected turn when singer/guitarists Cody Swinkels and Ryan Mueller sat down to write their own songs.

“I hadn’t written a song ever; I don’t think Ryan had either,” says Swinkels. “I didn’t even play guitar. We just sat on the couch, said ‘Let’s write some country,’ and wrote ‘Calgary Bound’ and ‘5 Open Warrants.’”

Those first two originals were the prototypes for what, a couple months later, would make No River a band that could elicit the kind of fist-pumping, ecstatic, shouting reaction from crowds that is usually reserved for only the most raucous punk rock bands. In part, this is no coincidence — Swinkels, Mueller and some of the other members grew up in the Calgary punk and hardcore scenes, wading through the mess of disingenuous identities, including the cowboy myth, looking for some truth.

“In my old band I would write hardcore lyrics and think of really heavy hooks and stuff that people could think about,” says Swinkels. “Having that background, it’s definitely important to me to have that same mentality in this band.”

“I listened to tons of old country when I was younger, and it never struck me as cowboy shit,” he continues. “It made me feel like I was listening to punk.”

The band has just finished recording their debut album, Don’t Pray, which they recorded themselves in lead guitarist Lawrence Nasen’s basement over the past six months. Considering the rawness and passion that characterizes their live shows, the album is a surprisingly restrained document of the band’s sound, though no less indicative of their ability to communicate emotions and ideas with punk’s immediacy and country’s wistfulness.

“We wanted a dirty sound to begin with,” says Swinkels, “but somewhere in our decision making we decided to get the most pro equipment. We were all pretty confused about what was gonna happen. I think we bought all the stuff and it was like, ‘We can do anything.’”

“I don’t think that the songs were compromised or changed really,” says Elton. “It’s a sweet album to have for the first one, because it’s full of these polished heartbreak hotel ballads, and now we can make a rowdier, rougher album next.”

While the band agrees that the material may take a more upbeat direction, Nasen says the band often writes songs fairly spontaneously, starting with a mere fragmentary riff or vocal line and getting to the finished product swiftly, without stopping to consider if they sound country enough.

“I think the songs will have a country tinge to them for as long as the band goes,” says Swinkels. “But it shows more that we are trying to be like ’90s alt-country. Uncle Tupelo was also a weird band, and the Silver Jews are a really weird band. You can’t point your finger to any Jews song and name what genre it sounds like.... I honestly don’t know what genre we call ourselves, because I like to think we could just try to do anything. I like finishing a song and saying ‘Oh that sounds like a soul song’ or ‘that sounds like a garage rock song’ or something.”
-Matt Learoyd, Fastforward