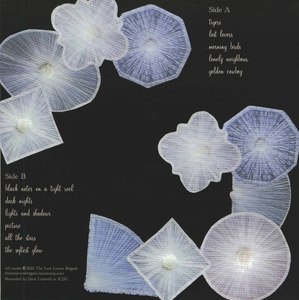 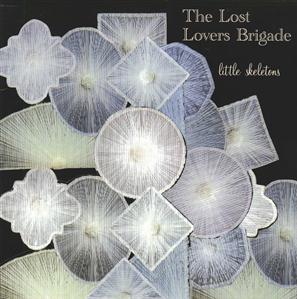 If you have a band name like Lost Lovers Brigade you’d better be ready to be emotional and honest. Elisha May Rembold, the driving force behind the band, does just that. Beefing up Rembold are a few members of Apollo Ghosts, plus organist and back-up vocalist Jenny Morgan.

One of the most immediate strengths of Little Skeletons is Rembold’s vocal range. She has the obvious ability to sing in multiple registers and can hit especially high notes with apparent ease. Her vocal style also seems to change depending on the mood of the song. In songs like “Lost Lovers” the passion is quite apparent, while in songs like “Picture” her vocals take on a more roots-like “pining” sort of tone.

Rembold’s vocals asides, there are also harmonies and group vocals abound, and if it wasn’t already immediately clear I am a huge fan of those.

The album is introduced well by “Tigers” which features a very audible tambourine, dreamy electric guitar chords and beautiful vocal harmonies. The melody changes toward the end with great flourish.

It is followed by “Lost Lovers” which, as I mentioned previously, is passionately sung. The song reminded me a bit of Tegan and Sara, which is very much a compliment.

Some other highlights include the heavenly track “Morning Birds” which features bells in the background combined with high-pitched notes on the guitar. It also features such poetic lines as “With the curve of the moon you brought me your life.”

“Dark Nights” shows that the band can also hit a slightly more sombre note, and “All the Stars” is another dream-like song which also more audibly features Morgan on the organ (rhyme not intended).

Little Skeletons draws to a close with the track “The Softest Glow” which sounds like it was recorded poorly, though I have my suspicions that the quality might be purposeful. The vocals are very echo-y and ethereal.

The more I wrote in this review the more I became convinced that listening to Little Skeletons is trying to mimic a dream. And it’s certainly a dream I’d like to have over and over.
-Michael, glasspaperweight.com