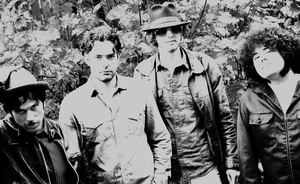 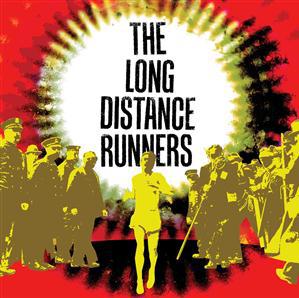 Crawling out of a deep and dirty rock ‘n’ roll grave in early 2010, moody St. John’s rockers The Long Distance Runners (the name was inspired by the title of an Alan Sillitoe book) dusted themselves off and realized their refreshing take on old traditions is still relevant in this strange new century. Singer and guitarist Chris Picco’s often humorous and introspective lyrics are brought to life with a passionately animated and honest vocal delivery. Add the melodic mastery and sweet harmonies of bass player Matt Hender, the gritty soaring guitar and keyboard work from Dicky Strickland and the hypnotic pulse of drummer Adam Cardwell and you have a hard-hitting mix of oddball rock ‘n’ roll with a twist of ’60s-era psychedelia. By late 2010, the band had built a loyal fan base of peers and music fans and released a self-titled album that captures the epic sound and energy of the band. The single “Black ‘N Blue” quickly made heavy rotation on FM and CBC Radio, and was featured on CBC Television’s “Republic Of Doyle,” and the record has remained on Fred’s Records (NL’s infamous and arguably most respected record store) Top 30 bestselling albums list since its release. Hot on the heels of that release, The Runners decided to go back into the studio in January 2011 to begin a followup album due for release in early 2012. With an East Coast tour planned for the fall of this year, and the new release to follow, 2012 promises to be another exciting year in The Runners’ quick ascent onto the Canadian music scene.
-The Telegram