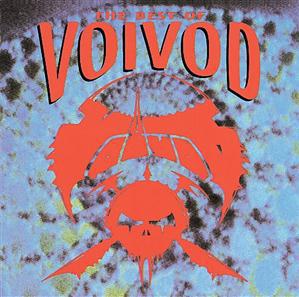 Not exactly a collection of outstanding material, The Best of Voivod does prove that the French-Canadian group's quick transformation from incredibly primitive thrashers into a convincing progressive metal outfit was nothing short of astounding. Early calamities like "Ripping Headaches" are guaranteed only to give you one, but by their fourth release, Dimension Hatröss, the band was garnering compliments as being the Pink Floyd of heavy metal. Coincidentally, their cover of the Floyd's "Astronomy Domine" from 1989's Nothingface solidified their standing, as well as achieving their commercial peak. Their next release, the groundbreaking and highly conceptual Angel Rat, proved to be too great a departure, and its two contributions to this set, "Panorama" and "The Prow," truly sound out of place.
-Eduardo Rivadavia