Day, Tanya & the Somebodys - His Lips Get In The Way b/w I Get So Lonely 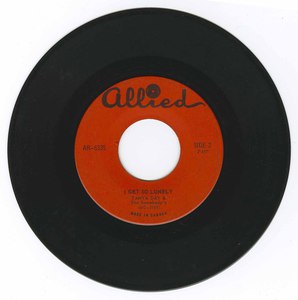 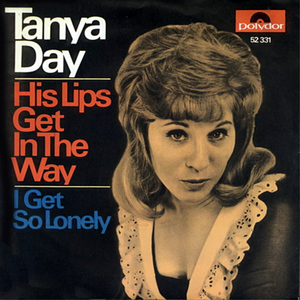 from an ebay auction, "Flipside is actually backed by JB & The Playboys - just as they shortened their name to The Jaybees - and features the same guitar solo heard on their "I'm A Loner" single for RCA Victor."

from a blog:
"It should be noted that according to "Black Night: Ritchie Blackmore" the author, Jerry Bloom, says: ". . . Tanya Day, a singer from Walsall who was fairly well known in the West Midlands area. Day had originally been with the Mark Dean Combo and also in the Tremors for a spell and had trod the boards in Hamburg’s clubs. Blackmore laid down guitar on ‘I Get So Lonely,’ the B-side of her debut solo single ‘His Lips Get In The Way.’"

The single was released in Germany with a picture sleeve on Polydor 52 331 (shown below).